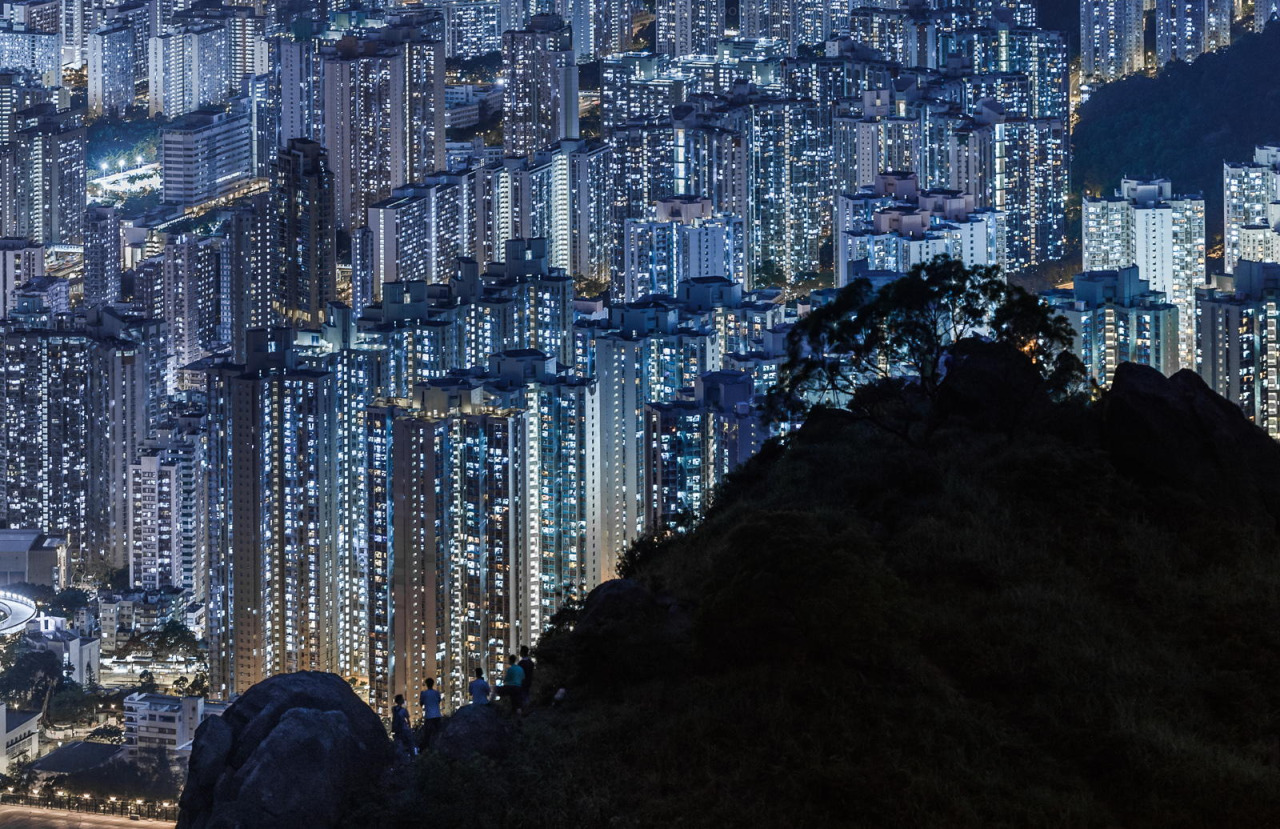 The World’s Most Highrise City

Lets look at the raw stats. According to Emporis, a website that employs data from skyline fanatics the world over, Hong Kong has traditionally been the worlds most highrise city. Not only did it have the most highrise buildings (anything 35m-100m tall, or anything 12 floors or higher) with 7,971  – 1,700 more than NYC – it also has the most skyscrapers (150m or over) with 390 monoliths compared to New York’s 282.

Let’s stop there for a minute. 8,000 highrises, incuding 390 skyscrapers. Imagine what this looks like. Imagine yourself on a Hong Kong style street. Highrises block out the sky along the whole thoroughfare, not completely unremarkable, but not completely remarkable either to a city dweller – from your angle midrises and highrises present the same bulk. You can’t see either end, or past that wall to see how many other highrises there are. Even going up in a chopper you’d get the awesome scale, but not completely due to perspective. 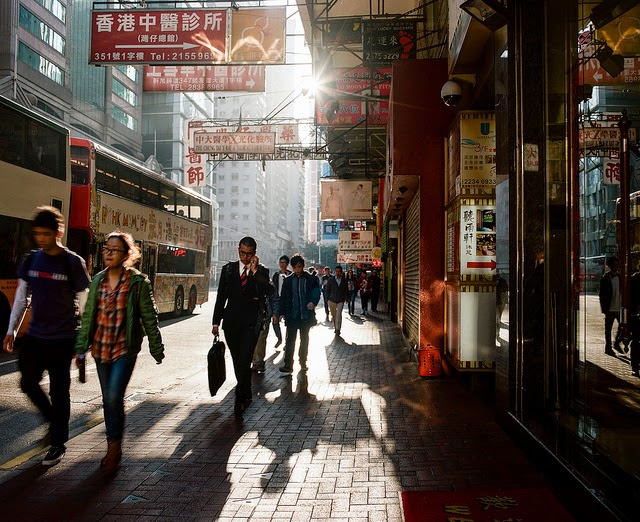 Now lets imagine some atomic cloud comes over all fluffy and transmogrifies you into a traffic stopping, stampede inducing giant 300 ft tall. Bummer. Your lower arm would be bigger than a Blue Whale or the largest museum dino; you could sit King Kong in the palm of your hand, or a tiny car between your thumb and forefinger if you weren’t particularly nice. In reality you’d be so big you’d catastrophically collapse/ implode, anything bigger than your lower arm would start melting down to gravity, and lifting a finger so weighty would likely break it.

Now lets imagine you’re breaking the laws of physics and can now see the top of many of the heads of these highrises, also transmogrifying into human like shapes. You are now in a crowd of 8,000, spiked by hundreds of people twice as tall as you, and a handful of goons three times bigger who REALLY look like freaks even to the giant you. Imagine your middle or high school assembly of similarly gargantuan people standing to attention, but the crowd 10 to 20x bigger. Then look at that tiny toy car balanced on your fingertip, and the tiny worried looking people inside, in comparison to that giant milling mass of flesh. That huge auditorium full of building shaped giants would be Hong Kong. And the fly on the floor of that arena would be you.

As for supertalls (those freaks of 300m or over, scooping up ships and walking into bridges)  Hong Kong’s well pipped by Dubai, which has 22 to New York’s 20 or Hong Kong’s measly 6 (Shenzhen is 3rd place though with 14, and Kuala Lumpur with 13). Dubai and KL though have far fewer highrises overall, despite their impressive forests of skyscrapers, so are out of the running.

However in 2015 a new top-spot came into light, when Moscow shouldered in with 12,092 documented highrises (the majority just making the threshold) to Hong Kong’s 7,931, thanks to some very devoted online fans.

However Hong Kong still leads if you stacked all the tall buildings together it comes to a teetering 333,836m, with NYC a third of the combined total – at 109,720m. So thus it’s official: chattering, blazing, odiferous Hong Kong is three times more ‘built up’ than a ripped NYC. It’s urban areas cover almost the exact size of 59 km² Manhattan, but have triple the built density.

However, bear in mind although no stats exist on Shanghai, at its lowest possibe measurement of 35m x 16,952 highrises comes out nearly double HK, at 593,320m, and Seoul almost double even that. 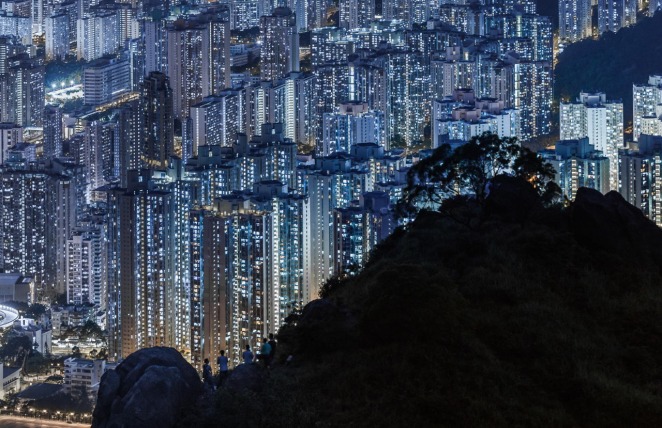 But criticism of Emporis shows it is not the authority in any way. The website rather imperiously only accepts data in English and German (where it is based), and refuses nominations from places like China, where Shanghai’s occasional contributions surmount to less than gentrified old London’s, or Kiev’s for that matter.

Most notably some bright spark noticed on the Shanghai Council’s dizzyingly complex open data website that number of floors had been included on an annual survey of housing and class, which contradicted Emporis’ presentations of factuality a tad:

Basically the column on the left is the number of floors, the one on far right is the amount of buildings. Shanghai had an eye-popping total 14,479 buildings over 16 storeys in 2013, almost ten times more than Emporis claimed.

This compares with buildings over 12 storeys (note the lower threshold despite):

Further back-up comes from aerial photos at the same scale. 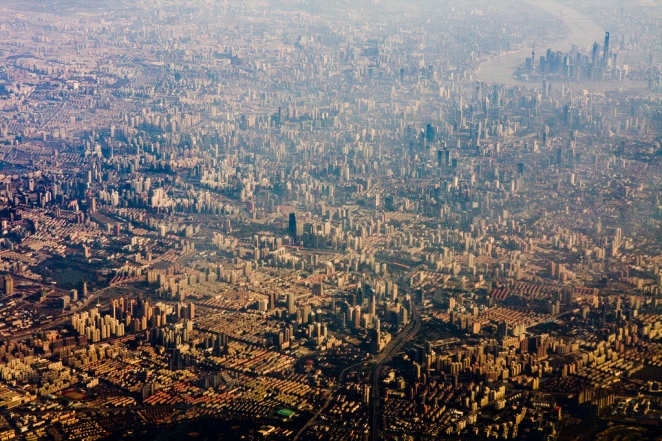 But for all these inconsistencies, Sao Paulo may hint at a potential unrecognised rival, like a vast, unnamed termite colony of Brazilianess teeming in the south, being all sultry and knifey and sexy: 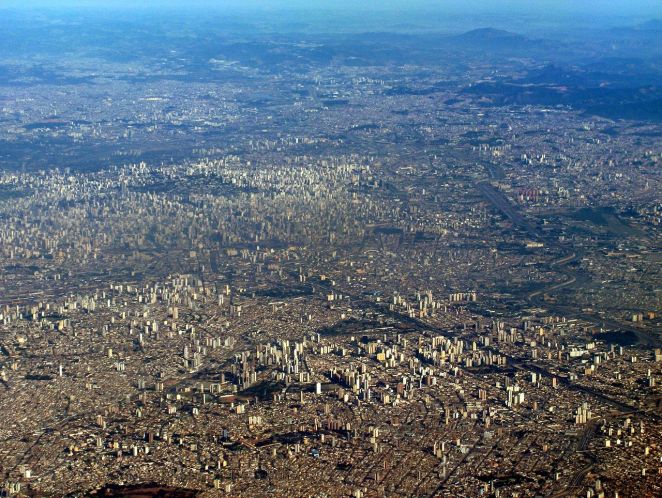 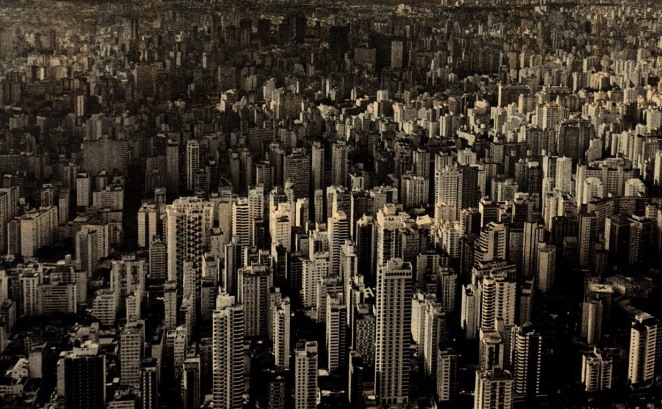 Sao Paulo however has only 7 skyscrapers, and 0 supertalls thanks to the relatively close proximity of the airport.

Also there’s the large question mark over other Chinese cities, notably Shenzhen and Guangzhou, which are actually contiguous now. If there’s anywhere in the world that’s building up at the moment, it’s Shenzhen, currently going through a construction boom that makes pre-Crisis Dubai look like it was making a few sand castles on holiday. It currently has 157 buildings over 200m, and a whopping 125 under construction, which is almost tripling New York’s strutting skyline. An additional 50 supertalls are under construction or approved, and all that is not even considering Guangzhou, the even larger beast in competition at the other end of the city. 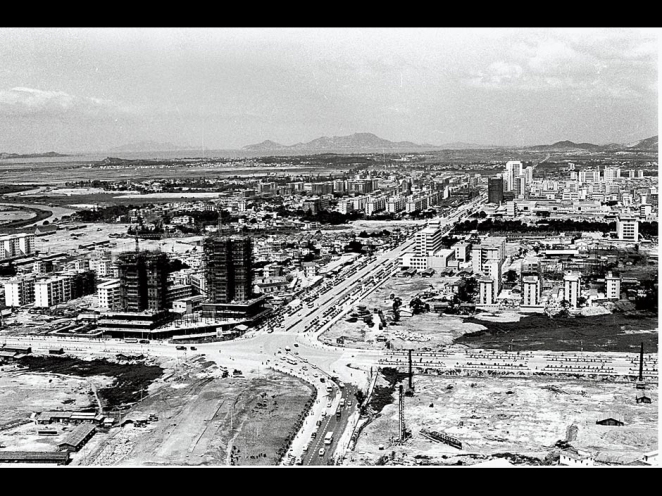 2016, and its 15 million hawking, squawking inhabitants have conjoined with Guangzhou, totalling 41 million: 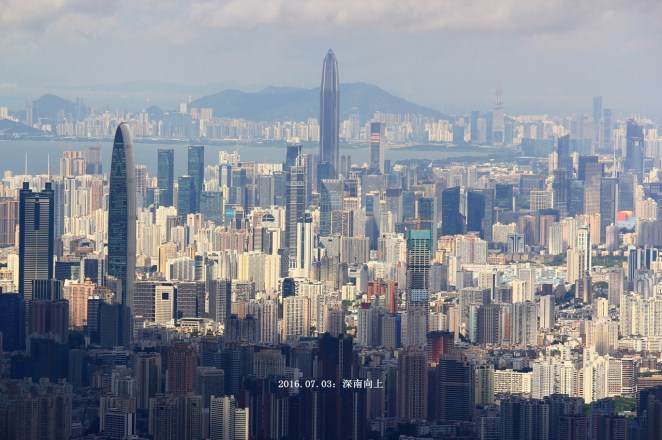 In 2003 the city began sinking from the weight of so many buildings, with a moratorium declared on highrises for a whole year.

The city council now dictates that x amount of people must live within y vicinity of z amount of green space (yep, good luck with that). To overcome the ruling the newer areas such as Pudong, enact a Courbousien tower-in-the-park idea, though much more lush and grandly utilised than the dystopian bleakscapes in postwar Europe. 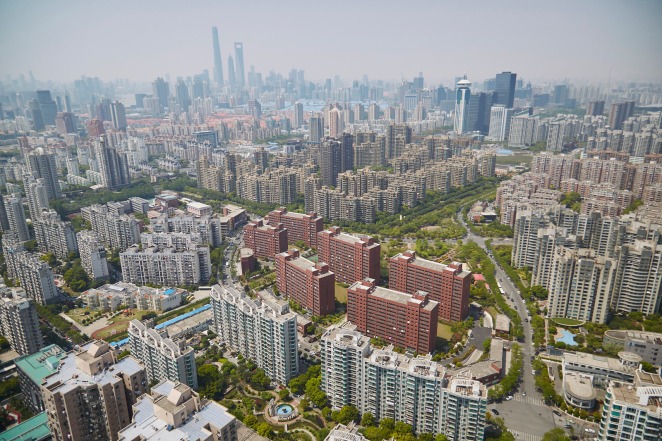 The Puxi side of the river is far denser, where the traditional fabric of the city is still extant, and people actually socialise: 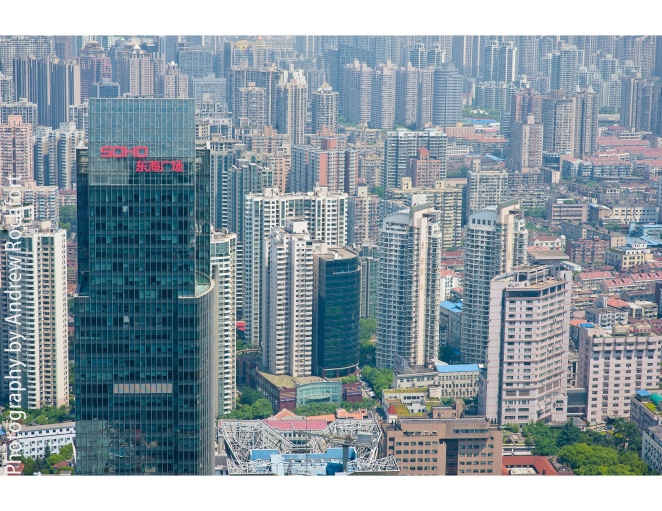 But take a telescope between the highrises and you’ll spot the city’s Sino-Anglo terraces and courtyard homes  known as shikumen or longtang lane housing. 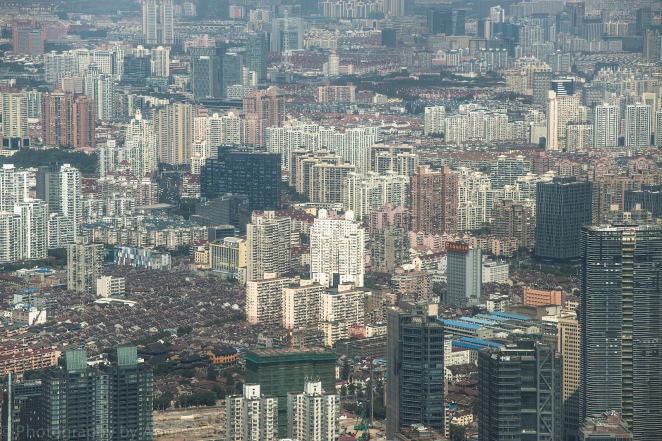 Large tracts of this historic housing remain, though highly endangered after years of fatheaded destruction. The old stock (most of which is 80-160 years old) covered an area almost equivalent to the City of Paris, saved from WWII destruction by a ground war (that incidentally took out 300,000 lives in ‘China’s Stalingrad’) rather than an aerial one. Then kept in aspic during the postwar years by a Communist govt intent on keeping a lid on the notoriously renegade, soul-selling city (this is where China was at its  most shockingly Capitalist, and where its Communism was born as a result).

Despite the countless losses, and the much more visible skylines, from satellite it’s more obvious that the russet coloured roofs are still about – even dominant. After 30 years of dancing with a wrecking ball they’re finally being saved after the bigwigs realised they were quite profitable, with gentrification into chichi shopping or entertainment districts. Although this often rendered the residents just as homeless (though compensated), with some ‘misguided’ opportunity areas involving bulldozing the history and rebuilding it with mod cons for millionaires. A more favourable wave of protection has finally arrived as culturally restorative -beautifying the buildings but sodding the lattes, and keeping the damn residents, finally.

2 thoughts on “The World’s Most Highrise City”