A Journal of the Plague Year Day 77

I think humans are fundamentally, intrinsically flawed with biases. We project, we create patterns, we try and predict, we assume -inbuilt as an animal survival instinct. A lot of our ‘logic’ stems not from personal experience but media, sometimes imprinted from years ago or as a child, from beauty ideals to childhood divisions to stranger danger, to whatever we deemed worthy of bullying in the schoolyard (notably difference, that invited destruction). All this then backed up as adults with a complicit ‘free’ media, peddling the correlation with crime levels (rather than income), alien customs, “shithole countries”, and continuously pushing the concept of The Other. This applied a lot to the upbringing of older generations than the current Millennial flock. 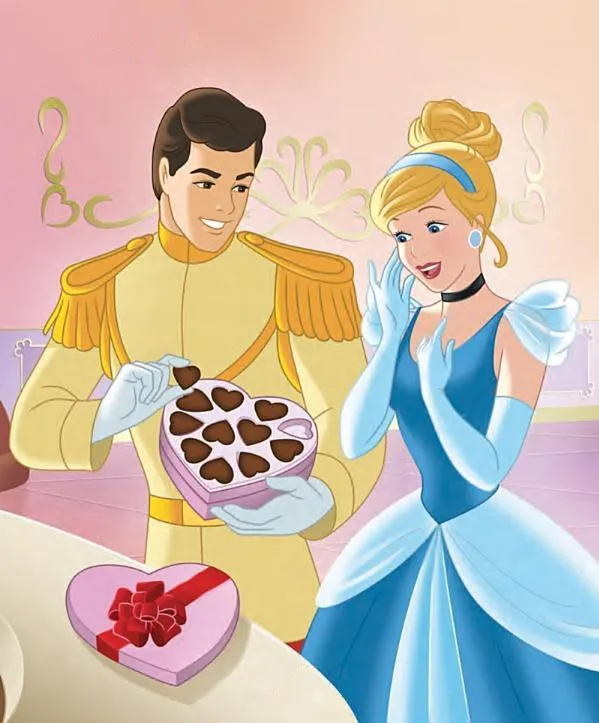 In the UK race doesn’t have as long or as imbedded a painful history as the US (or perhaps we just hide it under the rug more *cough* Empire /*cough*), which helps, but it is very much about the longstanding, subtle class war regardless of race. For example Asians earn up to 30% more than White natives on one strata, 15% less on another, Blacks only 8% less overall but dependent on the latest migration, whilst in some strata/ years they earn more -so all in all there’s less of a distinction if you’re trying to base a notion on race. Still a problem – a national scandal when the government report came out in 2018 -but nowhere near the levels abroad.

In the US for example it’s far more pronounced. Blacks and non-White Latinos average 30-40% less than Whites even after 400 years.

Thus I feel in the US race more correlates with class over there, in a vicious cycle that’s entrenched -a lot of the racism against Black Americans persay can be construed in a brute way to how UK people perceive the working class, where we have far more of a prejudice problem than Stateside (for example the popularity of the term ‘chav’ -Council Housed And Violent). In short the class war in the UK and the racial war in the US are similar to an extent, but directed at different groups of people. In the UK, one of the few things you’re still allowed to bully and legally be chauvinist to is accent, the strength of which can easily denote one’s class. 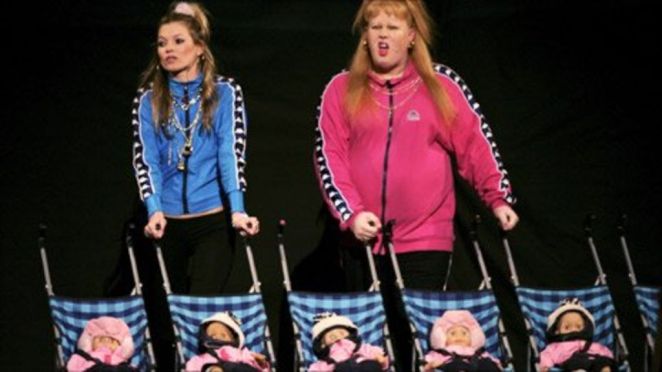 This is not to compare the struggle of Black people in the US as the class struggle here, that would be offensive to both sides and entirely missing the nuances, not to mention obvious differences in history, attitude, scale and victims (for example no one’s still going to shoot a working class man for jogging in their middle income neighbourhood, or have political parties dedicated to kicking out the working poor from the country, with millions voting for them). But it does have certain parallels, notably in how so-called respectable people judge, while claiming themselves neutral, that helps perpetuate the problem.

Going back to our errant human natures, stupified by emotion, everyone knows the 70-20-10% rule. -That 70% of our impression of someone is based on their looks, 20% on the sound of their voice and 10% on what they actually say. Yet I see it time and time again my peers and myself acting upon this prejudice, from my fellow interviewers to the way our staff deal with customers, to the way I process the same request from two people.

I’ve caught myself being prejudiced this way -one person we picked as outstanding I realised later was because her work was not actually that brilliant, but that her interaction and delivery was always with a winning, slightly posh accent.

A ‘problematic’ working class employee who says “nohh, don’t like it innit” is saying the same thing as the posh, ‘astute’ one politely affirming “I’m sorry, I do not like it. That’s just the way it is for me.” Even though the first reply is actually opening itself to negotiation and the second one isn’t, it sounds worse.

My workplace, a worldly instutution that shall not be (overtly) named, still has a racial bias on top, I’ve rarely seen elsewhere in the city. In London, non-White ethnic minorities -especially skewed to our youthful age range -should account for 40% at the very least. They are also more liable to have degrees and more liable to be in our scientific fields. However we still have the ‘old guard’ to dispel, and something I’ve had to talk to the top end about as a representative. That the institution neatly scores itself satisfactorily on the diversity spectrum (although positive action was made illegal in the UK -as it’s just another form of discrimination, diversity needs to be measured by law) but on any obvious diversity it falls flat. That the very lowest rungs of the payscales -the cleaners and security guards -are overtly diverse with people of colour forming their large majority, while those customer-facing it’s less than a quarter, albeit slightly better at showing London’s 40% mix. However, once you hit any rung higher it falls to 15% or lower. Higher management is almost blanketly White, with maybe one or two exceptions.

Although we are a staunchly left wing and feelsy organisation, it’s obvious the subconscious bias still applies, and we’re still dealing with the neolithic. It permeates on every level.

The way our media, even written by left wingers, push through assumptions and cater to audience safety (read: institutionalised bias) helps make it a constant peddler of categorising people, and reinforcing the status quo. Heroes are more successful if they’re male White saviour memes, not dumpy frontline nurses. We get less annoyed or bored, more invested and sympathetic looking at beautiful faces when it’s them doing the talking. We like our preconceptions not to be challenged but set ever further into stone. Iran has to look like how we imagine Iran to look, Black people have to speak ghetto regardless of their class, people outside our own circle of comfort must be different, and thus need to ring it true at all times -preferably on town crier levels of advertisement. 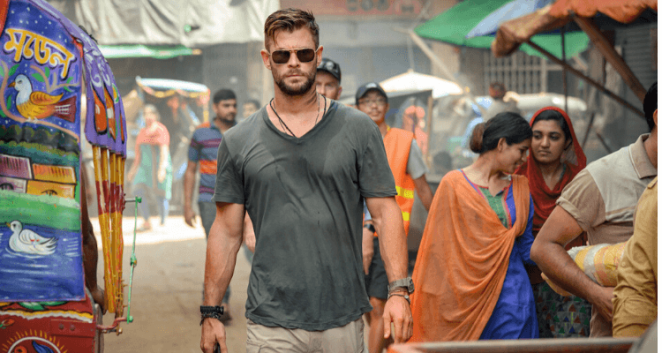 Some people argue that in an individualistic society we should only be concerned about our own paths regardless of the rest, after laying the white picket fence around the yard in an age of capitalism. That the prejudice suffered by Black people in America is for them to sort out. Sure but then look at the same prejudice in differing angles, let’s randomly say the glass ceiling for women, a full half of the world, who score the same as men in IQ and actually get higher grades, but suffer -at the very best levels ever -still 18% difference in pay, for no good reason. The BBC, so-called champion for equality despite appointing 17 male White Director Generals in a row, was recently exposed when the female stars and presenters colluded to discover they were being paid significantly less than their male counterparts, despite pulling in higher viewerships or sharing the same job.

Look at the bamboo ceiling (I myself endure); East Asians have the highest average grades, IQ scores and qualifications, which gift them into higher entry levels once in the job market. This has resulted in the highest average pay too, more so than any other strata, and the moniker of a ‘model minority’. So far, so rosy.

However look closer, and East Asians are also the least likely to be promoted into any form of management, less so than Blacks or Latinos, more than doubly less so than Whites. They have to send out 70% more applications to get call back if their name is amended to show they’re East Asian. They are nearing 6% of the US population yet only 0.3% of corporate office populations. And in fields where they are overtly represented, they are still heavily under-represented in management. For example, even if 22% of scientists are East Asian, only 5% are lab directors.

And all that is just talking about jobs, just one uncontrollable aspect that affects our lives. Look at everything else, the threat assessment every woman has to take when meeting any man, the fact the majority of women have been harassed or assaulted, that one quarter of women in this country will suffer domestic abuse at some stage, and that the same overlapping amount sexual abuse and rape. That up to 97% of rapes here may be ending in no conviction, due to low reportage and one of the few systems that favour the criminal. The fact East Asians don’t just suffer the institutional prejudice but the highest rates of violence upon the person thanks to hate crime. All this goes largely unreported, we look at people and think everything is all right. Ask your female friends in confidence what their experience of sexual harrasment, assault or violence has been, and see how many have had none.

It’s not that society should be riven with fear, and that everyone is sexist and racist, but that even subconscious bias still damages horrendously on top of that shit, that it disregards individual performance. I agree with the law that positive discrimination is still another form of discrimination, and directly undermines the cause also. But I think the best way forward is educating employers and general populace alike as to what to watch out for in themselves -and not just the one-off training module, but instilling a culture based on psychology.

The riots in the US, and protests in solidarity around the world are a sign a generation is fed up of it, we are not going to stand for it any longer. But to take a knee, a push, a shove, a punch, a strike, a rubber bullet. They say the pen is mightier than the sword, but look at how little we’ve progressed, notably when the quills on both sides of the war are still helping to write the same script  -has it been mightier, after all these years? For too long silence is violence, and the only way to enact change appears is to show it in numbers, in taking to the streets. 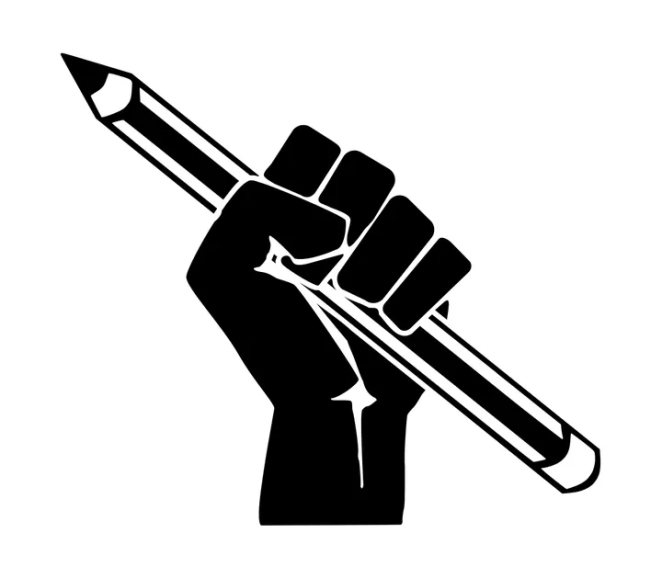 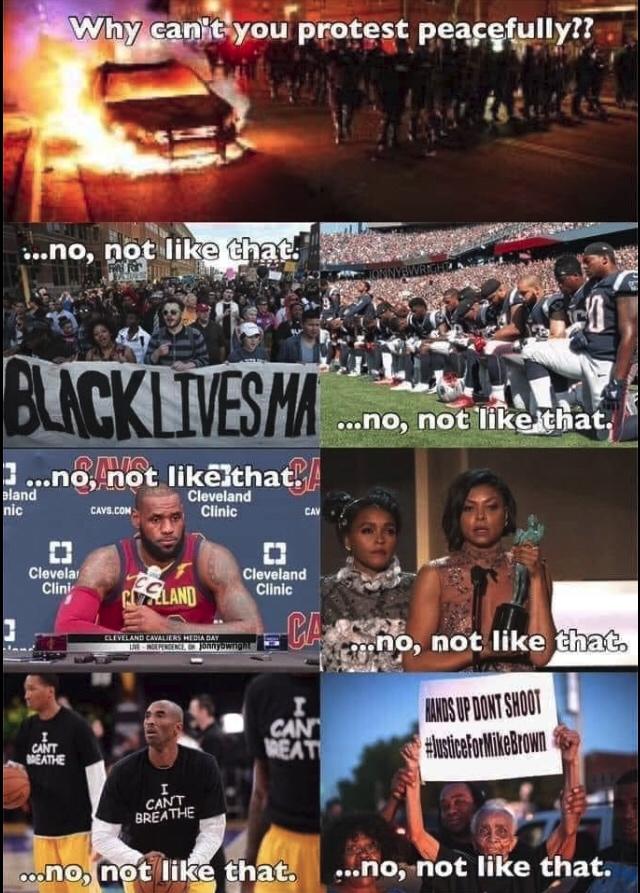