A Journal of the Plague Year Day 64

Headache all day, soon becoming a right-side migraine. Spending too long on the net, and doesn’t help the affliction though it’s better than just lying there unable to sleep. A keeps me company most of the time, teasing me through the pain. Sweet thing.

The highlight of the day has been a friend’s performance art, streamed over social media live. He’s a sound artist, and uses a beatbox and his beautiful ethereal voice, singing as he goes along. Gregorian-Turkish chant to a beat is how I’d package it. We write in what we feel about lockdown, what we miss and he sings some of our replies out. Hugging family, cream cakes, stroking cats. Also quite the comic (part of the art), and pretty tongue n cheek, diving into a spell of miaowing halfway through. The number of viewers climbed to 22 at the start, fell, then climbed again to 24 over the hour. I said I missed lost children, bandicoots, bats and he sang none of that.

A got up to dance midway, like dry skiing at me until I had to tie him to the bed. J has been out most of the day so we can’t lock the front door. This means it judders constantly, a sound that travels and gives no peace. Fucking postwar prefabs, doors as flimsy as ironing boards. There’s a nimbus blowy sky despite the occasional, flaring heat (29C in Brighton I hear), and the wind’s an unceasing reminder of the outside. What we’re missing, or what we’re saving ourselves from.

I forgot to call fam again. My phone sits mostly unused these days; I wish I could just throw it away and hope no one would mind -something about isolation demands it. The few convos I’ve had are reluctant, recalcitrant. There’s only so many howareyou’s you can ping back as fine; I do try to penetrate into the second type of conversation (as opposed to formalities), but it’s such an effort. Peeps I feel are running out of things to do, others to talk to and I’m near the bottom of the list I bet. Friends invited me out yesterday but declined, just not in the mood to rejoin the world; as cold and scudding as the clouds.

I applied for a job yesterday at Holland & Barrett, which included ticking all the availability boxes between 5am and 10pm; hopefully that’ll make a difference. I hid my roots, ticking mixed race, and using the name Zed. You just never know these days.

A has gone for a walk, dusk when he set out and now much deeper into night, silly boy. Found a pic he sent before he left, which was a nice reminder of a better day. 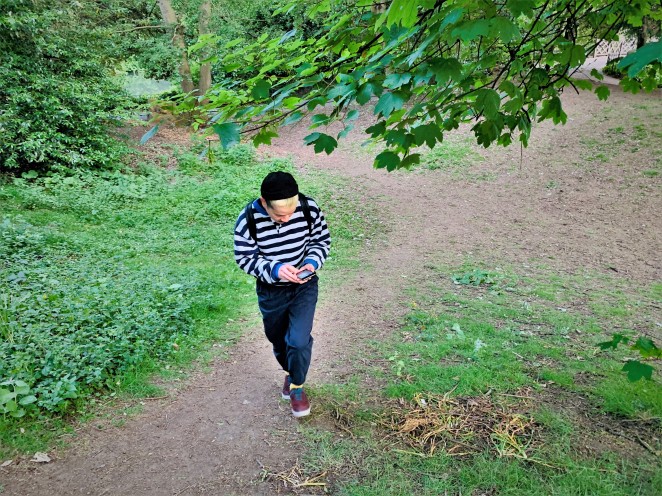