A Journal of the Plague Year Day 6

Okay, today’s been tough. As in tough being stuck indoors. So not that tough given the mf shitcake the world is baking right now. But let’s forget perspective and ethics and scale and any later claims to hairblowing heroism, I’m feeling it’s tough, being in bed. Still in my PJ’s, writing the book for 5 hrs, break for a pot noodle, then admin for another 3hrs and counting, and writing now the blog. I imagine weeerrkk today will account for about 11hrs when I’m done with this. Don’t mind it so much but when it involves claiming travel insurance, a new all-day, family affair, it’s gonna be a memorable one.

I don’t know anyone who can conceivably enjoy or enable into existence the process of filling out jargon-heavy forms, ringing up multiple call centres, midway discovering other refunds not fulfilled or double charging, then extracting a range of evidence, phone and bank records, screenshots and converting it all to PDF while trying to annotate using counter-intuitive tools. Our collective societies should be designed around never having to do this. A is doing a big chunk of the werk, but in his roundabout way, operative word roundabout. I dream of the day we can talk to an operating system, perhaps pleasingly named Berty, or Sharon, and get them to fill out, fact-check, source and send the form within milliseconds, trawling through our emails, creating attachments and communicating with other OS’s in multiple bureaucratic pigeonholes. She’d only have to ask if you wanted to claim, and all you’d have to say is yes Shazza, yes.

Throughout this time the smell’s getting to me. That pungent burnt aroma it appears only I can still savour, reeking at a low level throughout the flat two days later -not so much cardboard/ woodsmoke, more dead fish, giving me a headache, a gnawing gut feeling and a lack of appetite. It does make me wonder what Francomanca puts into its boxes. I found out how to fully open the 2 metre high windows yesterday after fiddling with the brackets, they swing dangerously out and I’ve entreatied the housemates not to trampoline.

The fact I’m already moaning about the little things in life is an indicator methinks. This is the new normal. People are dying, and I’m inside, oblivious. When UK reaches the state of Italy I will be singing a different tune, nearer to the first blog post, what only 5 days ago, so full of doom and gloom, and now look at me, complaining about paperwork. Do I have to acknowledge disaster every day? Do I have the altruism to even look?

The news is full of snaps of heaving beaches and national parks; places such as Snowdonia and the Peak District recording their busiest days in living memory, where parking space so ran out miles of empty cars appropriated the country lanes. London parks are now threatening closure until we behave. And stop effectively killing each other – a viral load indeed. 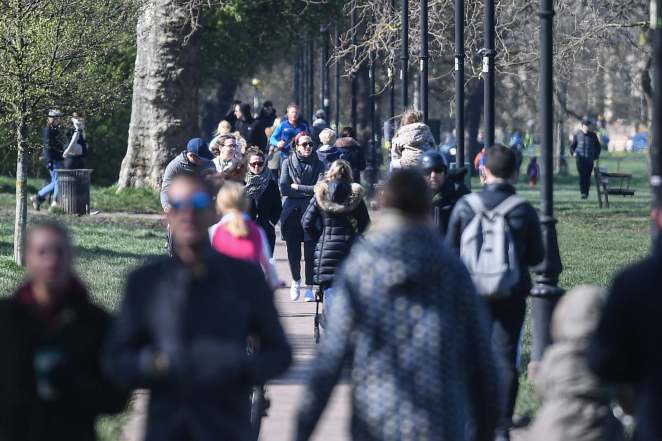 A similar story played out in so-called lockdown states in the US, notably squawky Californian beaches and buzzing Floridian boat parties, tied up to swap fluids. The tube lines and trains in London also suffered a rush hour, in part thanks to the enlightened choice of cutting down so many services and stations the groundlings that still travel have to cram onto the next available shuttles, making social distancing a Hawkins-esque abstract, a bit like how they claim learning algebra will help you in life. The govt maintains that only essential workers should use the trains, and is discussing full stay-at-home-or-we’ll-shoot-you lockdown, by all counts the only thing that may work on us Brits. Especially when that once in a lifetime opportunity presents itself in the sky of a golden glowing ball. 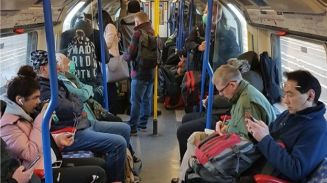 Still terrible news from Italy, but marginally better as a slight dip has been seen in infections and deaths these past 24 hrs, the latter down from over 800 to 600. India has enacted a lockdown now of 80 cities and over 100 million people, the largest in history alongside China’s -the subcontinent has been especially vigilant for months, and can be praised for their far-reaching measures knowing full well the disastrous possibilities in the world’s densest tracts of humanity. Even with their much earlier lockdowns, public transport and interstate travel bans, rail cancellations and events / business closures. 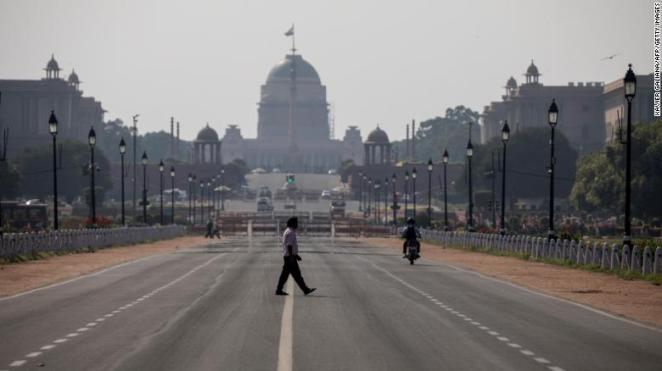 However, for all its foresight the Indian govt can only hold so much at bay, with such a vast undertaking. Some states alone have 200 million people in them.  And when Indians and Africans start dying in their far greater droves, will we even care by then?

The US continues to squabble over a blame game, alongside ineffectual handling of preventative measures. Opinion pieces in CNN and the New York Times are now making the connection (alongside Dr. Anthony Fauci, the main health advisor to the regime) that an administration compromised by so pointing the finger is misdirecting its resources, possibly wilfully so. Fauci maintained in yesterday’s interview with CNN, that he can’t exactly jump in front of the microphone and take it away whenever POTUS makes another sweepingly inaccurate statement. Trump’s deployment of human props in the background of his public appearances are surely starting to reveal the holes rather than cover them, by the fact many of them appear to have thought processing.

Japan is mulling over whether to postpone or possibly cancel the Olympics (its legally binding agreement when accepting the flame was to hold it in 2020, this year only). Norway and Canada are already out. The nation’s torch relay has been heavily edited already and similar hisses are being sounded across many nations to follow suit. More shockingly, Eurovision has been canceled.

Having scrolled through a few million comments last night on the Internatz, it appears people are settling into the routine, while many others are reaching the point of cabin fever/ bankruptcy/ withdrawal and asking in their non-drug hazed clouds, whether it’d be better to just get on with normal life and let the millions die. It’s reached that. The moral question on an indentured life in the name of the living. And we’re barely at the shit>X<fan moment. The global economy is now set for a depression, the Asian nations months ahead, whose lockdowns and infection levels were steadfastly clearing, are now facing reinfection as numbers climb from returnees stepping off Western flights. 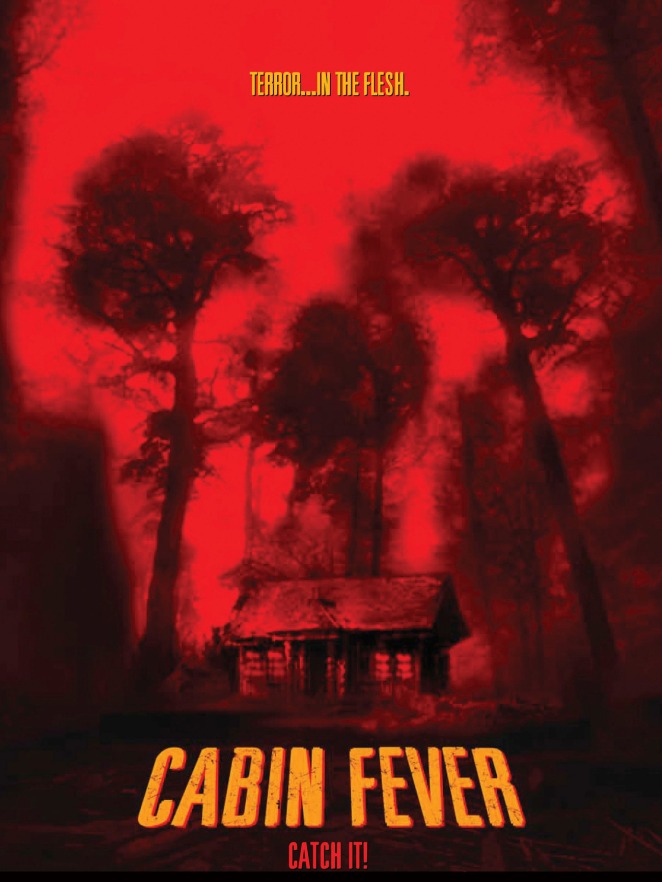 Last night I had a sore throat, so quickly used the throat spray thing that got invented in Sweden a few years back, and that halts many colds in their tracks. Despite it being anti-bac rather than anything anti-viral. Had to use it again today, and A admitted the same, but thinking it’s just the dry air from being indoors for so long. Here’s to hoping.

Last night’s matinee was Onward, Pixar’s latest which has a fantastic premise – elves / centaurs / trolls / assorted storybook creatures transposed into today’s evolved existence: of suburban drives, class politics, and that time-worn Disney adage, the magic of unbridled capitalism. All coupled with lovely visuals and two likable protagonists. However, how very quickly does it wear off, and we realise how very unexotic our everyday is, even when populated by pet dragons, cop centaurs and chimeral restaurateurs. And there’s only so far you can push the same meme of juxtaposing fable with reality- although they definitely should have had more on the feral unicorns. A very human story, almost boringly so. Plus a rather bizarre insertion of a half body dad (don’t ask). I generally felt they missed a trick somewhat, peppered with way too much Deux Ex and dreamed up situational comedy written by several competing writers without a producer. It is too deeply unmagical, too accurate to our lives to suspend disbelief. 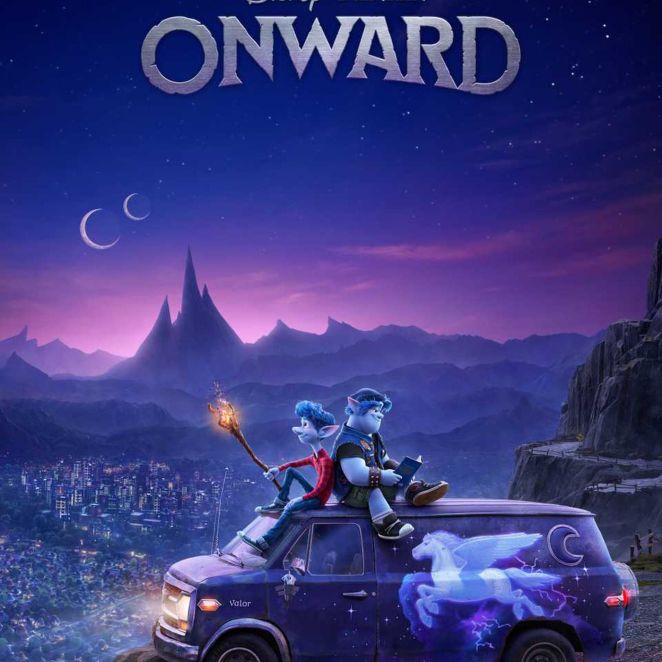 Next up is the BAFTA winning documentary For Sama. In this day and age, dare I watch it? The struggle of a filmmaker, newly pregnant, who is forced to stay in Aleppo, the world’s oldest city and former UNESCO World Heritage Site as it’s bombed out of existence (her partner a frontline medic). The ethical dilemma of bringing a new life into such a world throughout. It is perhaps too close for home now, no longer viewed from the pity generating, door slamming safeties of mollycoddled privilege, in the continent next door.

Aleppo was of course Syria’s biggest city (more so than its capital Damascus) and spending no less than 8,000 years as the same continuously inhabited settlement, while we were largely still looking for caves and handy-sized rocks, and mammoths still roamed. At its centre a vast citadel that would be the world’s largest castle if ever we decided to call it one, surrounded by ancient medinas, bazaars, churches (yes, churches) and mosques: 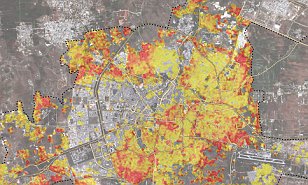 It is a harbinger, that we have been here before. If another country offered shelter, on the doorstep, would we go? Could we afford the liquidity of an average $20,000 fee, and risk that seafaring, lorry-hiding, continent crossing journey? From a war with an estimated 700 sides, where half a million have died violently or from starvation. It brings it home, context, scale, memory. When society crumbles where do we turn?

There’s a lessening pool of what can suspend disbelief, of options in escapism. But we should at least be thankful we still, right now, have the choice.

Need to open the windows again. Then Netflix, then pie.

2 thoughts on “A Journal of the Plague Year Day 6”