A Journal of the Plague Year Day 71

Okay after the uproarious events of the last few days I promised a day off. I mean, how much news can one get? Like a UV drip through every media, either ongoing outside distantly, or swept in full force through a screen.

Two stories have appeared just too delicious. One is the mass protests now occupying America, with over 20 cities seeing in reports of violence, looting and burning of buildings following the killing of George Floyd. CNN is currently holed up in its Atlanta offices with live coverage of a crowd attacking it’s very building, that it shares with a police precinct.

Some of the pictures emerging from ground zero in Minneapolis are horrifying, where two police precincts and several blocks have been burned out.

All the largest cities, from NYC, to Chicago have seen ‘dozens’ of protests each, including freeway intersections in LA and Oakland, near San Francisco and 200 arrested in Houston alone. The White House at one point was put under lockdown as protests took outside it. By day the protesters appear peaceful albeit disruptive, by night it worsens. 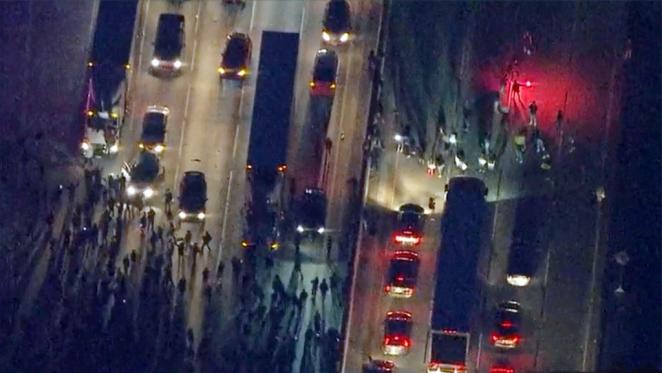 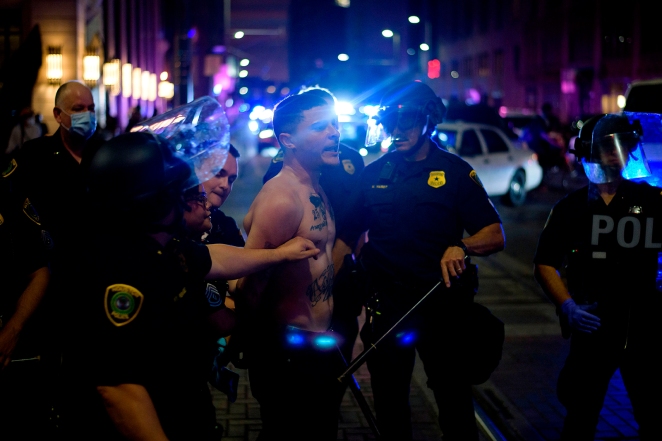 200 have been arrested in Houston alone

Minneapolis, now approaching its fourth night of riots, has called in the National Guard and imposed a curfew and state of emergency (as has Portland), a man has been shot dead in Detroit, though it’s still under investigation if this had to do with the protesting. In Lousiville ongoing protests merged with those for Breonna Taylor, an unarmed emergency medic shot 8x just days before, killed in her bed after it was mistakenly stormed in a drugs/money raid (the police were plain-clothed, burst in with a “no-knock warrant” and didn’t announce themselves -her boyfriend put out a warning shot, and the 911 transcript showed he still didn’t know they were police when he called for help). No drugs or drugs money was ever found at her flat, and the suspect they were looking for was found in an entirely different address.

The city also saw a night of violence, with 7 people shot and injured. 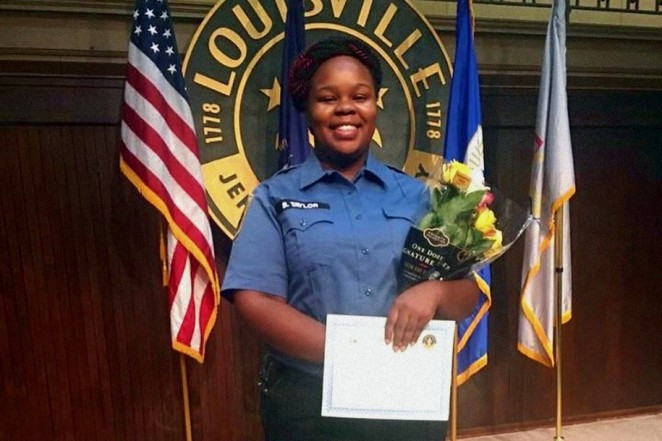 Early harrowing footage of a disabled woman in a wheelchair being assaulted (punched in the head and a fire extinguisher let off in her face) in a Target Store and doing the rounds across social media appears more than the snapshots used. On closer inspection the full videos show her trying to stab Black looters (and allowing White ones to pass, perhaps randomly perhaps because of race) beforehand, and a later one of her walking about. Mental illness surely?

The other storm appears to be Trump’s handling of the unfolding crisis. His Tweet to match ‘when the looting starts the shooting starts’ has been widely condemned that the President of the US is condoning the shooting of its citizens, not to mention the quote was taken from notorious Miami Police Chief Walter Headley who uttered it in a 1967 speech outlining his department’s efforts to “combat young hoodlums who have taken advantage of the civil rights campaign.”

Twitter, hot on the heels of its earlier fact-check warning slapped on his latest falsehood, now hid the text due to inciting violence, another of its rules. As reminder, shooting looters is unconstitutional, even if they are dangerously dark-skinned and TV-holding, or even walking down the street, and despite the long tradition to do so following any disaster.

You literally couldn’t make it up. The Great Orange Dolphin has gone apoplectic; his lifeline to insults, power and obnoxiousness appears to be fighting him. He’s subsequently started the day with all barrels blazing, drawing a gunfight with China with a long list of accusations, from C-19 cover up to stealing tech, while attempting to align the ‘left wing forces’ as supporting them. His announcement of unprecedented action, including the suspension of special treatment for Hong Kong, will ratchet up the trade wars when the world needs it least, with China now waiting to take retaliation. It’s noted this very much looks like his reelection platform, piqueing a hatred of China, of C-19 and lockdown on top of the culmination of White American demographic embattlement. It marries with his announcement alongside that the US is fully leaving the World Health Organisation for claiming it in league with China to “mislead the world”, and withdrawing all funds at a time it needs it most.

It appears he’s having a bad day. And some people just want to see the world burn.