A Journal of the Plague Year Day 67

It’s all still kicking off on top aide and resident genius to the PM (read: the de facto leader of our country) Dominic Cummings, now under siege from the groundlings on ( I mean off) the streets, the Opposition, his fellow MPs and even the Church. He sneaked 260 miles into County Durham during the lockdown he helped create, and now JK Rowling’s entered the fray, armed with quite some humour. If ever there was a delicious scandal to pass the time between Eastenders and Hollyoaks re-runs, this is it. Even the Daily Mail screamed outrage, with every broadsheet exposing the PM as dependent. And following his decision to back Cummings against the uproar of the nation, through the reworking of what a lockdown should engender, someone released an official Tweet from the Home Office. 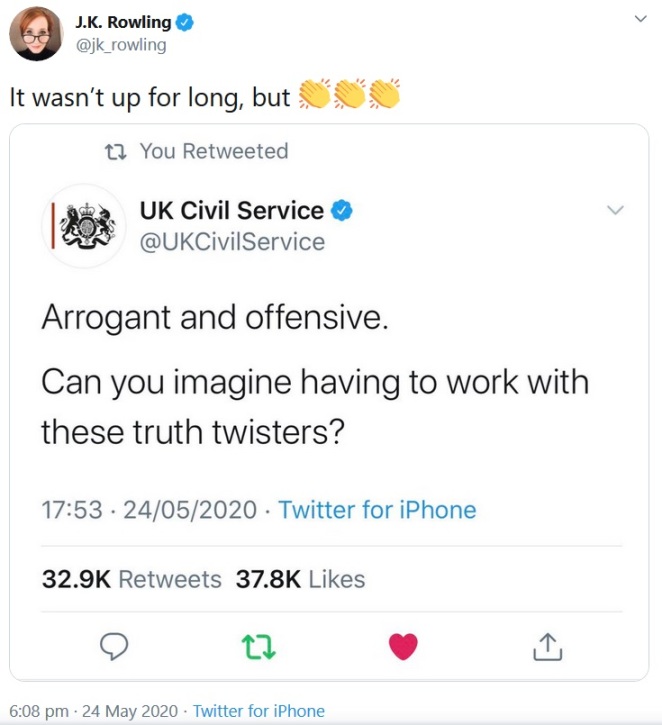 After it was hastily removed, she offered a year’s salary to the sleuth: 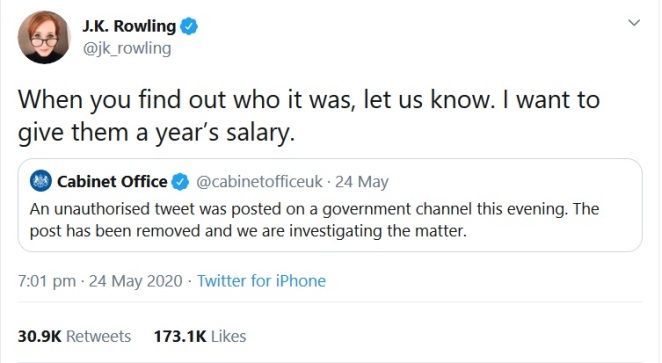 One can imagine the scene in the government offices right now, the Prime Minister’s door slamming, the roaring, the staff running round the corridors -or at least their living rooms, where they’ve been WFH, zooming back and forth between walls in a show of urgency. The wrenched phones, the papers fluttering in the air as a bespectacled secretary scrambles to pick them off the floor. The whodunnit perpetrator, possibly holed up in a photocopying room, making surreptitious folders, or downloading data while a wingman fakes a seizure.

The mood of the nation is just as brazen as Cummings has been, both in his crime and his response to getting caught.

Well, what an epic spectacle, with #BooforBoris or #Booris (and er, #CumGate) trending for the day, planned for an 8pm Tuesday. We should order popcorn. The Twitterstorm is also full of supportive tweets for the government, that runs into the new Dominic Cummings show, and subsequent investigations as to how many copy-pasted messages have aligned, by accounts inactive for years, sometimes decades, before recent revival.

The copy-paste of Tory MPs to their constituents also appeared sourced from some handed-down directive:

In other words support bots still at large, run by the Conservatives, and another of Cummings’ tricks from up his algorithmic sleeves. This new arsenal is hot on his act with Cambridge Analytica that swerved the tide for Brexit (by targetting over a billion ads at swing voters). This a sign of the times, the future of democracy under attack by partisanship, AI, populism and media wars. 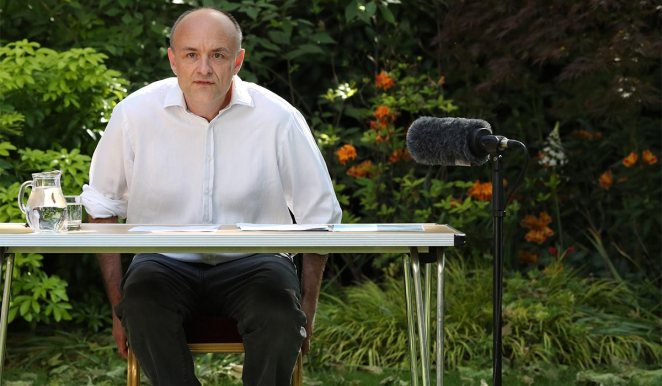 His public announcement, to a gathering of the press in his lush £1.6 million Islington garden, showed he was unrepentant, claiming his circumstances exceptional, and that the law apparently allows for. JK, who appears to be tweeting hourly through lockdown (new book too she just announced, free online, that’s setting every HP fan near to self immolation with expectation), had something to say on that:

The fact there is obviously two systems at play, one set of laws and restrictions for the spivs, and the other for an elite to openly dismiss. People (including fellow politicians) who’ve been unable to say goodbye to dying relatives due to obeying the lockdown are furious, with some MPs already tendering resignations in protest.

Cummings also admitted to having driven to Castle Barnard where he was spotted, a 60 mile excursion, but only to ‘check his eyesight’ with wife and child in tow, a practice Michael Gove now echoes that he himself has done in the past, possibly near baby-killing ceremonies in Masonic Temples. The castle happens to be large HQ for big pharma company Glaxo-SmithKline, that also announced a deal to supply vaccines and meds to France on the same day. His wife can drive -a 2012 Spectator article dug out about her roadtrips in the US -so why did she not take the wheel so concerned were they about his eyesight? Ever more holes are appearing not just in the story but his Party support, now bitterly divided.

Well, all in all quite a schadenfreuden showdown. But in other more sobering news, Trump was spotted playing golf as America’s death toll breached 100,000 on the Memorial Day weekend. Biden, who was out for the first time in 2 months, released an advert:

I mean look at him, just LOOK AT HIM. 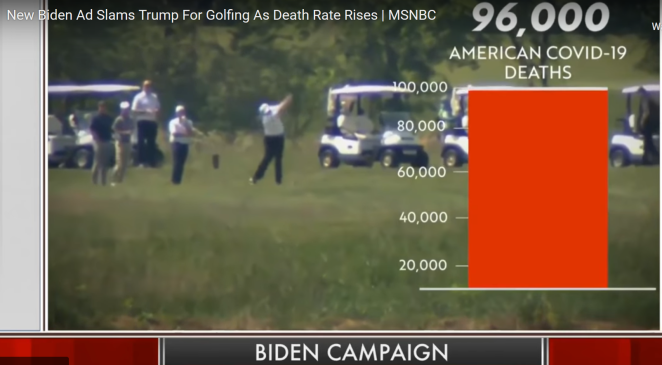 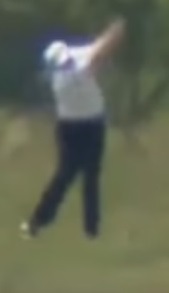 Meanwhile the crowds continued to pack it in Stateside, with some of the usual scenes of protest, such as two stalwart Karens wearing facemasks but with a big hole in the visors cut out (gimp-like) so they could fully partake in Germfest ’20.

Another meme doing the rounds has been the nurse protesting against lockdown alongside the rest of the circus, until it was noticed she had on a fake badge (handwritten fer Chrissakes) and a dodgy costume.

Plus the Republicans’ chairwoman for Arizona urging protesters to fake it:

“Planning protest to #Reopen America? EVERYONE wear scrubs and masks -the media doesn’t care if you are really in healthcare or not -it’s the “message” that matters!” 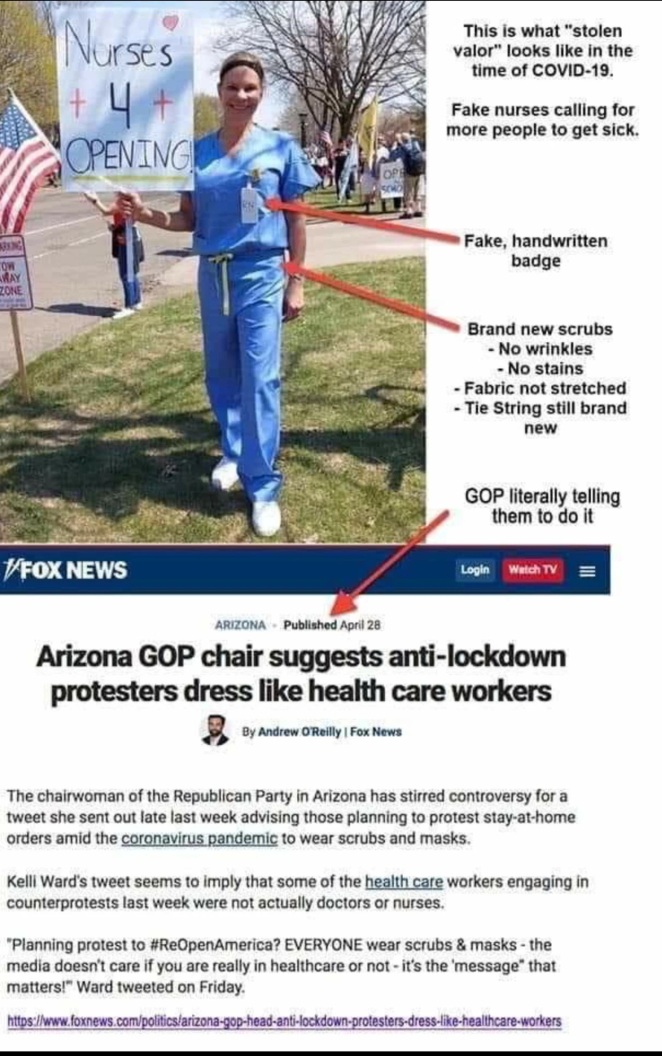 Meanwhile China has quietly taken away Hong Kong’s rights not to stay bidden to the thumb of the Party.  While everyone’s too busy with the pandemic, and many Hong Kongers too fearful of infection to gather, as they so valiantly do normally, the regime’s slipped in a fast one. All after months of fighting off the extradition laws, which would have made everyone submissable to Chinese legislation- and treatment -as any Mainlander. It fully undermines the special status of the One Country Two Systems policy, and a democracy enshrined for 50 years after Handover. 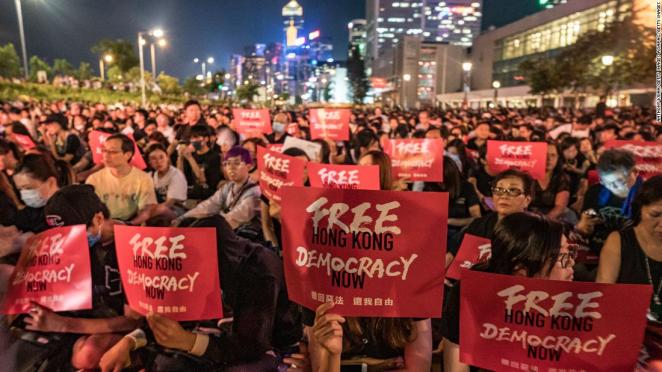 Well now all that protesting appears for nothing. China’s quietly taken the initiative, with the appointed HK leader, Carrie Lam telling the world they ‘have no place’ to protest and denying the law will curtail citizen rights. Hmmmmm. I do kinda feel for her sometimes, dubbed ‘Beijing’s Puppet’ and jeered wherever she goes, despite her redemption in a winning handling of the C-19 crisis. But she is evidently lying imo.

This comes hot after China decided to give every adult Hong Konger a no-strings $1200 for being “overwhelmed by a heavy atmosphere” back in February, alongside a wave of freebies in the new budget. It appeared to be part fiscal handout for a struggling economy, part bribe to not keep protesting by the millions, for months on end. The new laws will ban treason, secession, sedition and subversion -everything the Hong Kongers have been doing for years, starting an entire generation culturally used to mass protest and rebellion.

The border is slowly being erased, and for Hong Kongers that’s an erosion of their freedom-wheeling protectorate under Chinese law. It says a lot about our times, and our governments who will make use of the pandemic to sneak in their wishlist. From Victor Oban’s dissolution of democracy in Hungary to the US vowing only to ease sanctions against Venezuela (the socialist regime sitting on the world’s largest oil reserves) in so pressing times as long as they replace their anti-American leader. When denied, Trump swiftly followed up with a failed US invasion earlier this month, that’s been barely reported. A coup so botched and abandoned by its backers, and the plan reported in the press beforehand too, that the handful of mercenaries who arrived were only lightly armed and seasick already. Though dutifully wearing face masks:

If Big Bird and his auntie tried to stage a revolución it would look a bit like this butter fingered rout (Selmaaa!!! Where’d ya put the ammo? Whaddya mean you left it in the cookie jar???).

The two surviving American mercenaries (8 were killed), hired by a security firm in Florida are now prisoners, paraded in front of the media and forced to confess. The regime is absolutely loving it. Yet the lack of furor? Sheer embarrassment on Trump’s behalf, and a media complicit with a script that the heroic West never fails at anything (nor so laughably), and doesn’t do cackling, villainous things to cackling villains (the current President Maduro is largely seen as illegally holding onto power). It’s not so much being caught red-handed in the brazen attempt at an illegal coup -one of 76 the US has so far funded abroad -but the circus of absurdity they called a military operation. That by far, would be the more damaging to the demagoguery, that American heroes are not how Netflix portrays. 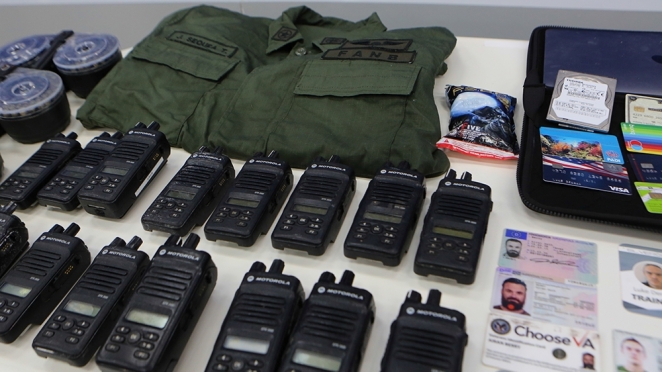 I ended the day watching Disney’s nature films. Childish commentary (and completely devoid of science, positively avoiding it) but with jawdropping photography. An unlimited budget surely helps. Insanely cute too, from baby pandas tumbling down a slope to leopard cubs chewing on mom’s ear, to shivering little monkeys.

We need this in our lives right now, a nice reminder that there is a world beyond our people, our politics, that’s still turning.