A Journal of the Plague Year Day 68

So today is all about getting my arse back into gear, notably getting off it and doing shit. Went food shopping (what else kind of shopping is there these days?), stocking up on a range of things we’d long run out of, having been chained to the bed and screen this past week. But am revived to go on a diet, my face getting saggy and spotty from an increase in weight and lack of fresh air. I am starting to resemble my food choices.

Got home, de-iced the fridge (shitty habit of berging up and incinerating anything that touches the back into a carrot version of the Silver Surfer), cleaned the kitchen, cut my hair and fried some rice. I’m off meat, packaged foods, sweets, fizzy drinks, bread, dairy and sugar and promise to cut down on the salt. Life fucking OVER, but at least I’ll look slim and coquettish when I die, having jumped out a window by day 3. Seriously who likes veg???

Apparently the Chinese diet has skyrocketed in salt content, mostly from adding it during cooking (on top of dashes of soya sauce), so I’m looking to cut down particularly. It’s mostly the northern Chinese cuisines, hearty for the cold. Although there’s a lot of salt, it doesn’t actually end up tasting so salty (people wouldn’t partake otherwise), rather it gets offset by the flavour balance that is the raison d’être for Chinese cuisine, saltiness watered down by sweet or ‘clear’ notes, and all of it further diluted by copious amounts of rice -it’s just that rice portions are shrinking as the mains grow, inline with what was once reserved for banquet-only extravagance. However, although northern salt intakes are lowering they’re rising in the south, who are increasingly featuring packaged/ processed food in meals and snacks. The popularity of pickled foods is another feature, also a major contributor to the increased cancer levels in the region.

My creation today was chilli fried rice, with lots of veg. Tried my best not to just fling any available item in, and actually plan the flavours. Carrots, beans, garlic, chilli (forgot the turmeric), peas, egg. Passable but nothing to er, blog about.

I left the big window open in the kitchen, as the sun was basking -came back to two pigeons literally shitting on the tabletops. I shooed them back out and cleaned the mess, like three times over with anti-bac, then again for every flat surface. Didn’t tell A, he’d freak.

J is back, appearing in better spirits though his back is playing up and like many folk, won’t take painkillers unless they’ve lost a limb. We watched a film together (Dracula Unearthed/ Unplugged or summat). Then followed up with a dinner bowl of no-added-crap muesli they possibly sell in petshops (OMG miss sugar already, would have drizzled honey, cream and chocolate bars over dat shit).

We listened to opera, A being an ardent fan as of late, and myself starting to get used to bits, like how they say you get used to prison. I think listening to music and doing nothing else, while with one’s partner is one of the best things you can do in life. We compared Maria Callas’s voice, which apparently even she hated (unable to listen to a recording since bursting into tears and swearing to give up back in the day) and that the salons initially dismissed. It is very slightly dry, hoarse yet nasal – it isn’t mellifluous, fattened with feminine grace and gentle at the edges. Rather it is the stretched string of a wavering soul (with a bunged up nose), it expresses humanity in the same way drugged up singers do these days, like Lykke Li with gravitas and a snail pace.

Somewhere in her drawn out high notes (can’t really describe it any better than an elegant screech, it’s probably referenced in opera-speak as La Scremma Electrocutia) there is a rousing inner sound, that is a wavering spout – all vulnerability and yearning which a perfected version misses. This female anguish and abandon, no longer designed to be pretty for the male gaze, you’ll hear at the end -the fine line between weakness and power:

I remember seeing Madame Butterfly back when I worked in the Castle, and we’d get free tickets to the Queen’s Box (erm, that’s a private balcony seat in the Albert Hall). I managed to bag an event but -like all stage productions with me -could never suspend disbelief (who walks around shouting all the time?). **SPOILERS***While she -and the audience -were crying on her abandonment at the end, I couldn’t fail to notice how the terracotta in the background was badly painted. Fast forward to now and I’d be in tears, possibly bringing some spyglasses and a lace hanky.

Listened to some Bloodhound Gang of noughties infamy to offset all that culture. Ba-limey, you wouldn’t get away with that nowadays. In my day…

Some pics from yesterday, when I went to the park with J to meet the boys from across the green, D and A. It’s been the sunniest month on record. 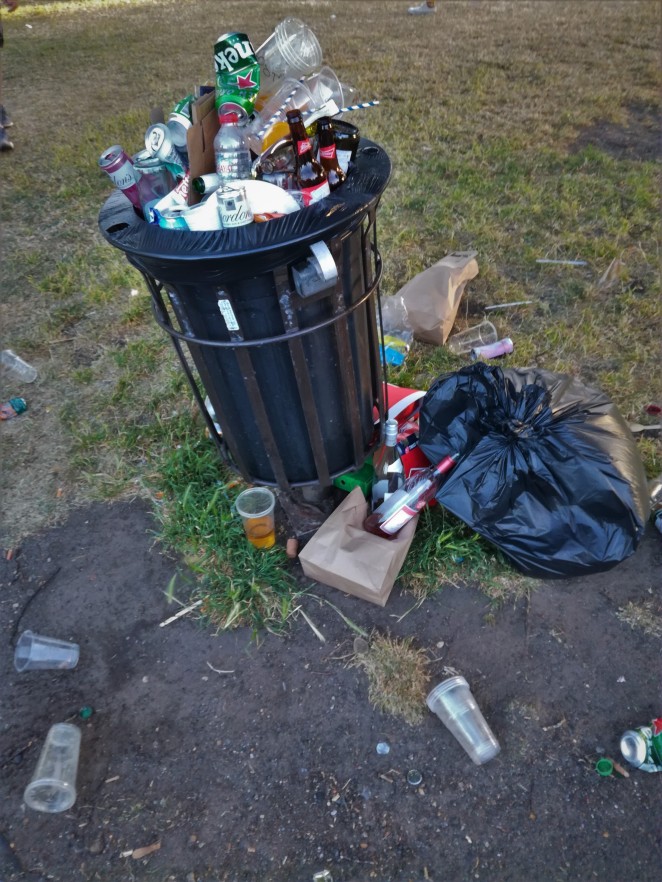 No one’s been mowing the grass.

Sunset is at 9pm these days.

And it takes ages. 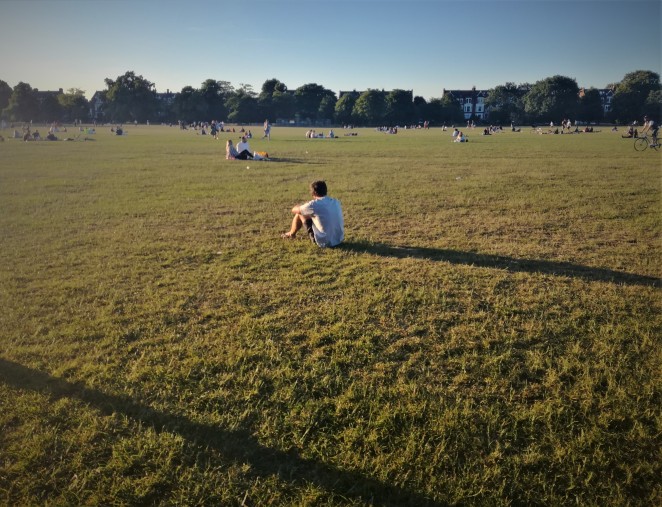