A Journal of the Plague Year Day 59

OK I have in the past been both slob and a clean freak. There was a time I was neglected and smelled of a heady mix of odiferous human. Like the certain ilk of loner who hangs round community centres/ libraries toting eau de sweat, wee, hair oil and thick glasses. At the opposite end of the spectrum I was scrubbing so often I nurtured an allergy to water (or whatever chemical mix du jour Thames Water was churning out). Would wash twice or thrice daily, hair also, brush teeth after every meal and snooze, and change constantly dependant on room, possibly to make a phone call or take the rubbish out. Which in turn resulted in rashes and allergies to the point of commuting every day red and angry for having passed fleetingly under a shower. By then I’d given up on every chemical taint (basking under waterfalls) but still coming up in hives.

I read somewhere there’s a direct correlation between the amount of bacterial types on one’s skin and the collection of allergies one welcomes in. That we spent the last century trying to kill off bacteria, and the next one will be sending sorry cards and luring the good ones back. When we raise kids in spotless environments they’ll grow up with a host of aversions, hence why it’s particularly a First World Problem, though now the rest is catching it, as hygiene improves globally with the rise of the middle classes. Also, the bacterial garden in our gut functions as a ‘second brain’, affecting our moods and hormones, as anyone with food poisoning will know of the doom and gloom that comes as a side. We are more than one animal to make the self, and a sum of all parts.

Hair grooming is another front, the natural hair movement also dallies a sideline in ridding the body of shampoo, that strips the skin of its natural oils then makes it overcompensate after -which gives you greasy hair, and in turn keeps making you use their product. Apparently after the first stage of a slick mop, and you keep washing with water alone, it’ll revert to its natural state, full of bounce, vigour and cleanliness, plus free you from a life of servitude to Heads n Shoulders. 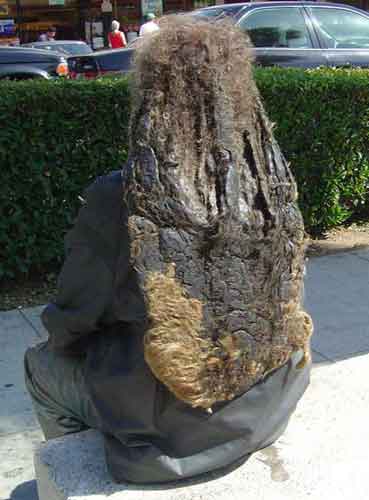 These movements, however, have been well and truly stymied by the nasty infection that’s currently doing the rounds. The world will change for years to come, in enforced social distancing, non-contact, increased plastic fantastic, car travel and WFH. But also a tsunami of OCD cleaning inside and out, the providers of which are some of the few companies doing roaring stocks in the depression (the other being big pharma). Governments worry that the multinationals will have little monetary motivation to find a cure, when life-long treatment would be so much more profitable.

For the time being though, keeping clean saves lives.

Since those years of manic cleanliness I’ve had to cut down to a shower every morning, shampooing every 2-3 days. Still change outfit daily though, terrible Euro-habit.

There are other things that men don’t readily admit to.

I am a version of Worzel Gummidge, or Nicole Kidman in Destroyer (possibly the same person), where a life of hermitage and dragging your feet from car to car looks beckoning. Flies will follow me about and I’ll piss myself where I stop, staring into the distance for a few seconds, mid-convo with the fairies. I’ll take no prisoners. I mean seriously these days, who literally gives a shit anymore. 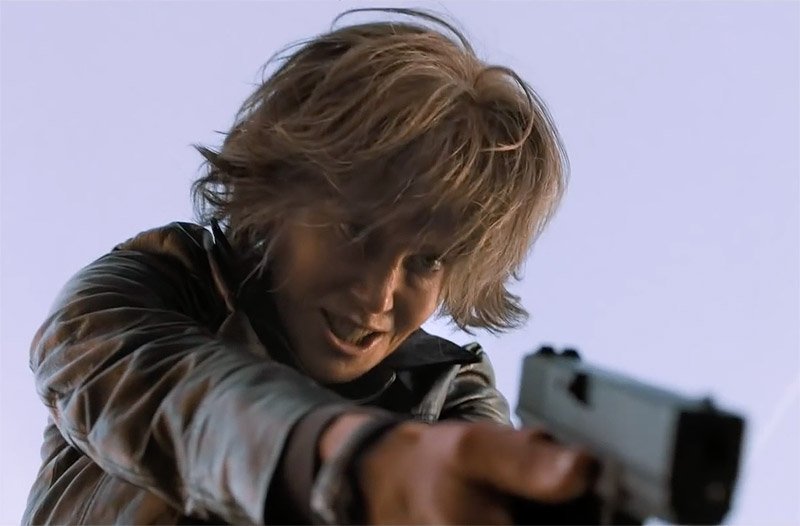 But in the end, caved into having a good scrubbing down because I’m worth it. Albeit with no change in my countenance after, no ambassadors balls to host or charity galas to attend for all the effort. Once again I do ponder how much of the former life has been spent on pleasing others, how much of the psyche gets tied into appearance, disguise, and what others think in regard. They say a man with a beard is a sign of a free man, though the panoply of beard trimmers, dyes, combs, wax, moisturisers and balms is starting to say otherwise.

So hey ho, onwards into the mire. Am increasingly at a loss for words most of the day, the screen my cold-faced replacement. The days aren’t so much long as irrelevant to time, and the nights obliterate. The difference between inside and out could not be more stark, or relevant in these days of our lives. Upkeep has become the meaning of it.