Today I woke to the same routine these past few weeks, increasingly set every time I opened my eyes and reached for laptop or phone. Then to scroll bleary-eyed through the news of ratcheting tension, emblazoned in headlines on school closures, lockdowns, crashing markets, panic buying and ghastly figures updated every hour. They say the higher a death toll gets the less people can conceive it, the scale of destruction getting more abstracted the worse it is. I don’t think it applies here, in this instance where we’ve tracked the gradual rise into exponential reaches that double every three days. The lists of countries multiplying alongside, the imagined scenarios fueling a sense of global doom.

At one point last night, after watching a mindless action movie on Netflix (Pacific Rim II, lurid, banal, unlikely to have a third) I stopped and my ebullience suddenly ebbed. Was this the end of times, was I unlucky enough to be living now? A once in a lifetime experience they say. But then we should remember that millions have had this same clouded prospect, not just clouded but tornadic – Syria, Iraq, Yemen, DPR Congo, Libya, South Sudan as society was whipped away around them. These conflicts prove just as abstracted to this day, when we are a mere spa break in comparison of worry and anguish, and the uncontrolled, unaided death of your loved ones.

My partner A is now out of work as of yesterday, my flatmate J awaiting his fate in an announcement today, where he works as head of silverware in a West London auction house. We drafted a letter to the agency about our situation and their avenues of support available for us not being able to pay the rent in these trying times (yes we used that phrase, at John’s historicist suggestion). They must be inundated. Then it was the phone call home, that phone call I’d been dreading all day, to find out the situation with The Family. Mum, 77 and still working in a factory, in part to support my sister (long story, do ask) may be quarantined as high risk for up to 4 months according to the government advice, or should I say, hint of what is soon to be imposed. My other sister in the process of moving back to the UK from the Netherlands, and possibly also out of work. Well, that escalated quickly. Almost overnight faced with the prospect of four grown dependents plus myself on the one wage.

Thankfully, although the Natural History Museum closed its doors yesterday for the foreseeable next two months, I will still be paid. Turns out so will Mum, and my sister in the Netherlands. She started her own company in science writing (I’ll just namedrop Atria Communications here) and is working with the disease experts, and now mobile. The acronym WFH has become suddenly relevant and widespread -though commonly misread as WTF, it correctly shares the same impact of the word. So down from a possible four to just a plus one. I should be very, very thankful, I’m lucky enough to be waged with the government, and my mother and sister are in the science sector.

Most people I know are not so lucky, living from paycheck to paycheck, often abroad from their homelands and familial support. It’s stark how very quickly the gig economy has been so exposed to economic ruin, not to mention the fragility of property bubbles and rental market. Notably in London where no one working, middle or even upper-middle class can realistically afford to own a property, unless you like converting a walk-in closet, complete with a shower under your bunk bed that dribbles onto the toilet. Or a bed-in-shed in Slough, one in a rash of tens of thousands now hidden throughout London’s leafy suburbia of illegally built, money-making favelas. Thus a vast proportion rent their abode, and a vast proportion are now looking at homelessness. How did it come to this? 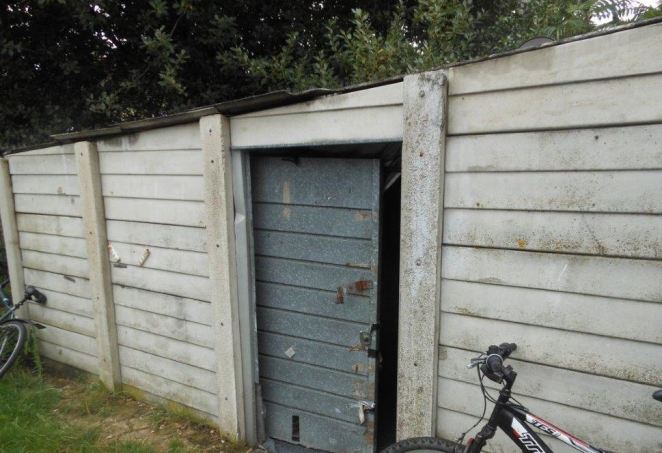 I saw four homeless people today, three I suspected of being the variety who beg but find sheltered accommodation at night (appearing well fed, dressed, clean, I know a roster of them), but one who was genuinely sleeping in a streetside alcove, wreathed in soiled camping gear. I have no idea what will happen to these people. I also saw the very old, frail, and the heavily disabled, all of them on their own, clutching empty bags on the way to the shops, and the circus that awaited them. Yesterday a woman in a wheelchair blocked everyone from getting baskets as she tried to get her goods into one (she was buying a large houseplant, I have no idea what for), but I almost caved right there and cried. I helped her out, but later heard others asking her if she was okay. Thankfully there’s still that. The mood was tense, every face deeply serious from staff to shoppers alike, but no one busting out into arguments, slappy fights or racing down the aisles, nor complaining about the epic queuing or emptied shelves.

The people are panic buying -game theory really, if one person does it everyone else has to, or they’ll lose out. Then we complain about everyone else, like how we moan about the traffic while sitting in it ourselves, or how the lovely tourist sites are overrun with tourists these days, as if we have a privilege to experience it over any given member of that yappy, sportswear-laden tour group. These days is a potion of concern, for ourselves, our families and the disadvantaged, in an uneasy mix of conflicting priorities, as we go for that last toilet roll, as we see the pensioner standing destitute behind us.

The UK government, to much fanfare, had recently announced it was following an experimental policy of mitigation rather than extending the containment stage. Hence why, in contrast to our European neighbours, there has been no lockdown, not of schools, of pubs, of gatherings, of farming festivals and horse racing stadia, of incoming visitors, or people in general when it could have made a difference. Despite that China already provided an MO in the form of Hubei Province, roughly the same size and population of the UK, that has proven to work, where we can learn from their open-sourced mistakes and successes. However one of these scenarios also happens to be cheaper on the economy – for all the talk on  ‘sombrero flattening’ no measures have been taken to effectively do so, as yet: 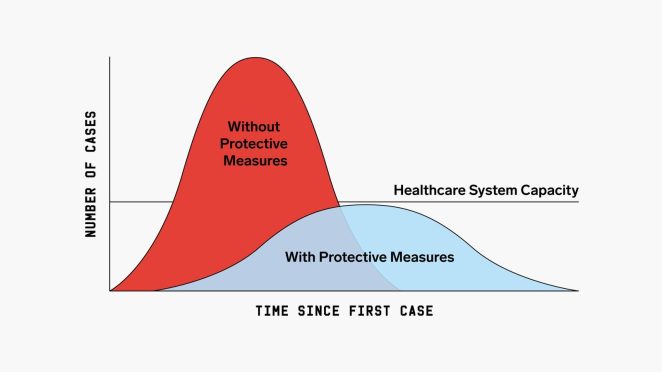 The proven path so far is lockdown, infrastructure to feed that lockdown, ICU’s, and draft hospitals, with strict quarantining (where the staff get suited up 2 or 3x over, and no object entering those wards can ever leave again, hence why many healthcare workers had to buy new phones to discard later). It saved China, but took out two months of its economy. Britain seems to have tried to have its cake and eat it in contrast to the rest -to let the infection move through the populace while the elderly would be housed away, thus saving the bedspace. However, the Imperial College yesterday released its models on what this would result in, to both the UK and US govts it advises, alongside publishing it to the press. Over 200,000 dead and a healthcare system overrun to the scale of 8x over, and possibly 10x that for the States. This is why the government is about-facing to change tack once again, and why a lockdown is likely to be imminent. 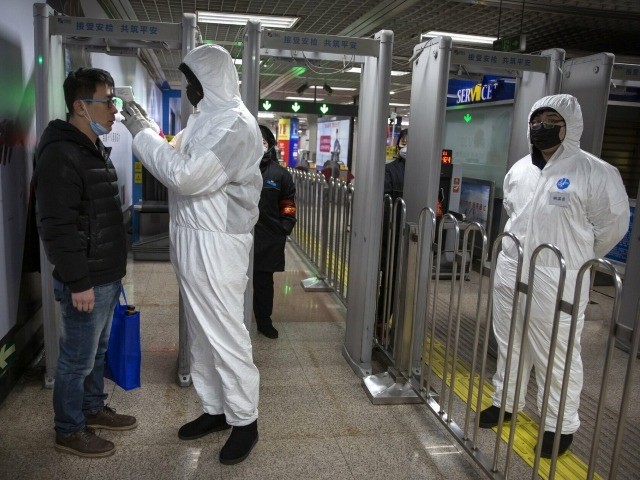 I cashed in an electronics voucher today, £100 worth, to buy an upgraded phone I didn’t really need, but in order to save my purchase should that company tank during the lockdown. Everyone in there was doing the same. The three workers were gloved up to the max, and wiping down everything passing over the counter, while thrash metal played apocalyptically. A young Spanish guy bought the phone I wanted, his old phone recently kaput and having little choice but to buy a new one before his replacement could be sent (if ever it would reach him), in a time when he could contact family, and where communication would be the last link that cannot, should not fail, no matter what.

Trying times indeed. I often think of what is important to me in life, often. Everyone is saying it’s like a film. Yet this is not so much a Hollywood disaster with gung ho renegades, rousing speeches and wavering flags in the background, to fistpumping and flowering explosions  -rather it’s more a surrealist study in existentialism. The world is increasingly looking black and white, and poignant. I’m not looking forward to an increase in pace, though admittedly holding out for a Deus ex Machina (my First World privilege right there) to throw some contrived lifeline. We can but hope, to Keep Calm And Carry On.

Just try not to remember that the phrase was dreamt up by a wartime government facing imminent invasion and, unknown to them, the planned execution of the entire adult male population. Thankfully that never transpired, and if we keep our heads level and remember we’re not facing Mad Max or alien armies here -and at worse 3% mostly will succumb at or beyond their given life expectancy anyway -we can get through this together. Game theory once again applies: help out your neighbour or stranger, and the same will likely happen to you or your loved ones wherever they may be. But know this, we’re in this together whether we like it or not. There will be forces, currently garish in the press pointing fingers between countries, races, candidates, exacerbating desperation in desperate times, but we need to collectively fight from the same ground against a common enemy. Hand washing, WFH, WTF, losing support networks, social distancing yet looking after those in need have all already united us in a collective experience, we just don’t need more rule and divide. And neither should we enable the pathologically inclined who do so -those on the sociopathic spectrum in power or with a podium, cannot help it, bless em. We however can. Don’t feed those clicks.

In short, we have enough on our plate for going political or divided right now (if we must, we can enjoy all that later). By all means, exert your pressure, demand, let your voices be heard when things are found wanting, but do the finger-pointing later. Let’s just get through the damn day.

One thought on “A Journal of the Plague Year 2020”