March being in Spring is a myth, certainly in the UK. Okay there’s a little more light, and the flowers, uninformed, may start to bloom (the stupid varieties like the tree outside, sporadically attempting blossom since January). But dearie me it’s cold still, and grey, and windy, a constant noise that sings of contagion outside. If anything March is the coldest month, as you look outside and think it warm and Spring-like, then freeze in wind and shadow, wishing you’d packed the furs. As opposed to when it’s an ice storm and you sensibly don more than a tank top. In reality ‘winter is coming’ should be taken up in September, and only relinquished in May, 8-9 months later. Tomorrow they’re changing the clocks, for mainland Europe it’ll be the last time, for Britain we will as always attempt to go it alone, miserably.

Today has been one of learning, somewhat. A has been watching the free ballets from the Bolshoi, now streamed live at 7pm Moscow time -this week’s offering being Sleeping Beauty. The way he sold it was the world’s bestest dancers for 2 and a half hrs, who trained and competed every muscle and sinew all their lives, to culminate in a show that’s spent thousands of manhours to prepare and would cost hundreds of squid a head -the least we could do was watch. And sure enough, the exquisite finesse, uplifting music, extravagant costumes and stage were breathtaking. But could we? A lasted about 20 mins, I for 20 seconds. Sorry.

I’m sure if I’d paid the ticket and was there in person I’d be edge-of-the-seat-rapt, my little eyeglasses swivelling like the Neighbourhood Watch in Windsor. But in this day and age of the half-second attention span, the scroll that never stops, the swipe like a tennis game, it’s a lot to ask for. No explosions, dinosaurs, likes or whooping. Culture appears wasted on us.

J and I lunched through the bite-sized 15 min segs (far more consumer-friendly) of the Netflix Explained series, taking in subjects such as diamonds (totally not their worth), billionaires (off with their heads!), animal intelligence (a human-imposed hierarchy whereby we believe they don’t have souls so we get to eat them), and the latest bestseller, pandemics, complete with worldwide authority on the subject, Bill Gates (China, not again). The Guardian has run an article pinpointing the correlation of our recent pandemics and scares with the rise of industrial scaled farming, whereby pigs in Mexico, fowl in China, cows in the UK, and camels in the Middle East, brought up in vast numbers in close proximity are now infecting cross-species, notably us.

The 1918 Spanish Flu that killed 100 million came from a Kansas pig infected with bird flu and human flu simultaneously, as DNA has sternly pointed out a century later, tapping its foot. And not only has modern farming priced out the smaller landholders, it’s also forced them into wildlife hunting (or farming) as seen in China and Africa, where the last homestead on the left, just outside the jungle, is baiting what comes out of it.

This is especially worrisome in the Global South due to the higher temperatures, which make them deadlier to humans. One of the main reasons bats are such a vector is that the newly transferable viruses are especially resilient to surviving the cooking of a human fever. All thanks to the high body temperatures of a furry, flying, madly flapping mouse that covers hundreds of sq km of microbial gardening each night. We really shouldn’t be getting near the fuckers.

I’ve also been reading, today my usual collection of Lonely Planet/ Rough Guide travel books from the comfort of an armchair. These guides provide a convenient summarisation of all the best of a given country, culture and cuisine can offer, though of course now they can be shelved under the SF and Fantasy sections, possibly Mythology. India is the current tome, reading up on the carved lakehouses of Srinagar, rife with touts and scams, though studded with ornateness straight out of a storybook -the closest to an Alpine city you’ll get.

The 1.5 million inhabitants share a convergent evolution of architecture similar to fairytale Europe – multi-storeyed, decorated wooden houses with steep sided rooves to slide off the snow, plus a plethora of the aforementioned houseboats. These are graded between the floating palaces replete with chandeliers and centuries old chintz to the cobbled-together pirate ships redolent of sleaze. Oh and I remember from a friend who spent a time out there on his way into Pakistan, that weed grows everywhere like, well a weed.

A is now looking up on the birth of the Renaissance on his tablet, alongside what I glimpsed as the wiki page on Kandinsky, J making notes on the tax breaks in Jersey, alongside the science of the unseen worth of an object. I think we’ve reached that episode of Groundhog Day where we start to improve ourselves for wont of anything to do.

We may want to write a treatise on nihilism soon, after that arthouse Italian flick. It’s an ode to Nietsche’s genealogy of morality, with an edge-of-seat climax of a rape victim eating a meal of nails, or the bit where the guy wanks off with a severed hand. There really is a whole genre of horror arthouse in the 1970s I had no idea about, a bit like Swan Lake’s little-known Human Centipede seg, if you’d stayed awake.

It’s called Salo, 120 Days of Sodom btw, if you fancy something to watch over tea, directed by Pier Paolo Pasolini, whom Maria Callas was so inspired by she became his stalker, trying desperately to convert him off 15 year old boys.

This morning I’d gotten a pretty miserable start, scrolling through the news and getting into arguments, as everyone knows bickering over say, Britain’s shocking roles in the 1907 Constitutional Revolution of Iran plus a sideshow on your ‘horrible pathogens and pangolin stews’ will set you up grand for the rest of the day.

They say when you argue with idiots noone can tell you apart. I’ll need that tattooed on my hands as reminder, helpful before I type, punch or press the trigger. Why are right wingers just so toxic, and frankly underhandedly supremacist, in the racist-we-hate-darkies-and-Jewslims-T-shirt-wearing kind of way, in the you-deserve-to-die-because-you-can’t-afford-healthcare-kinda-way?

Why does one camp so conspiratorially side with every issue presented? Why do hundreds of millions of female Trump voters denounce the right of choice, or a whole aged demographic wake up one day and feel free healthcare an assault on their freedom? Those outdoorsy voters in rural communities think saving the planet a sudden traitorous conspiracy, ready to shoot Pee Pee the Panda in her face as it’s her fault she can’t shag? Does political chauvinism so overshadow personal choice? How can democracy be proud of ignorance, and believe it equal to knowledge, usurping even the act of learning /enlightenment itself? Once again, arguing with such superstition makes you as ridiculous.

I can see The Right issuing a new edict on say, the colour orange, or say, the act of stapling an envelope being a sign of tree huggin’, lefty, Commie-courting, gun-hatin’, minority-lovin feminazism, and that gold (especially the General Motors variety) and saliva (specifically the C-19 impervious variety) is of the great and good.

Imagine the Great Orange Dolphin that is POTUS, quietly closing the Press Room doors then leaping (backflip) into a bubbling jacuzzi-vat of poppers. He knew from the start evil Orange was the new Black. Yes. He’s never had that colour touch him. No. Tweeting vids of himself licking jiffy bags suggestively, to a chorus of congratulatory shares and an army of forum posting, flag waving, sign posting supporters. Hundreds of millions of them, claiming how orange was written in the Bible as the colour of the damned, how staplers were spotted trying to kill a Bald Eagle, and were first invented in Eye-ran. 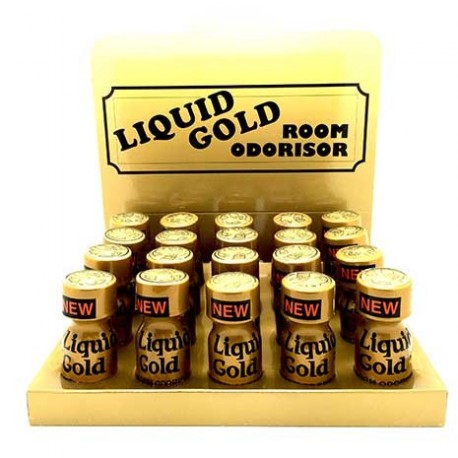 I fell asleep again after a few hours of that, awoke again nearly at 3pm. Lunch at 7. Says it all, when losing track of time is losing grasp of society, when obsession isn’t countered nor measured against. J has fallen asleep on the sofa for most of the afternoon; his spirit animal being the panda for sleeping so much, and his room rumoured to be an armoire of the stuffed variety. Just as mine is currently the sloth, if sloths were antsy (covered in ants perhaps). I feel animals are getting their own back, unintentionally. Or Mother Nature’s real; like Queen Latifah with lightning.

In another world, and one that glowers outside there is a global disaster unfolding. My daily reminder, that is becoming a cliché in this diary. I honestly feel guilty, and callous if I don’t mention the fact, like people taking selfies on a vista as others go over the edge. The world is becoming small again, from the confines of the flat, the four walls that face off that there is anything remotely relevant outside, and so winningly concrete in their obliteration. For a while now it had been the opposite -a haphazard existence of inside looking out.

As if the small box rooms are extensions of the self -similar to driving, when the car becomes a body navigating on a broader perspective. But this time on a vast global exterior, projected into our tiny living rooms of live feeds, climbing counters and horrifying headlines from further and further afield, yet closer and closer to home. We’ve not opened the windows today, the only reminder being the howl from outside.

Perhaps we are as blind as those Trump voters, sticking our heads in the sands against personal stance (and which us lefties are just as guilty), and hoping for the best while the target marks on our arse start to glow. What exactly happened to my community spirit a few days before, ebullient in giving, that’s now decayed into a bed-tied existence with more scrolling? Perhaps for another day, for another to care about.

In South Africa the flagrant disregard for the quarantine in some parts is seeing the army enter Jo’burg townships, where the poor would effectively be imprisoned in single room shacks for months, and why so many ignore the curfews. Where desperation and situation make a breeding ground for social unrest as well as infection. We, who have a choice of rooms, of outlets and viewpoints, yet blinkered in our existence are not that different after all, even if we are staying inside. Try sitting in your bathroom for two months and see if your stance changes, if your extensions of concern pervade beyond the walls or your body does the talking (and walking). Anyhoo, I’d choose the bedroom, chained as I am right now. Can’t even be arsed to make dinner.

Sometimes there’s nothing more to say, things are as is. It’s cold, it’s remedial, and people outside are dying, as they’ve always done.