Battersea, the coming dusk at 8pm.

The crowds headed home but for the animals reclaiming. 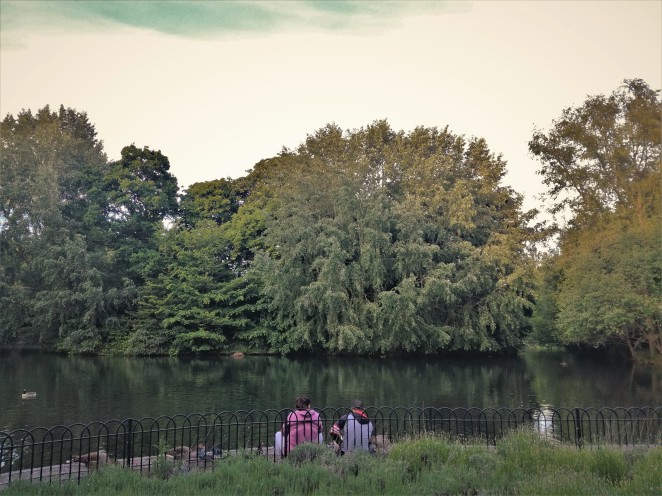 Mandarin ducks are so called as a pair are traditionally given to newlyweds in China as they mate for life.  -No, we do not subsequently eat them.

The place has become overgrown, as it was always meant to be, making new dells.

Dying of the light, people heading home, the new commute. 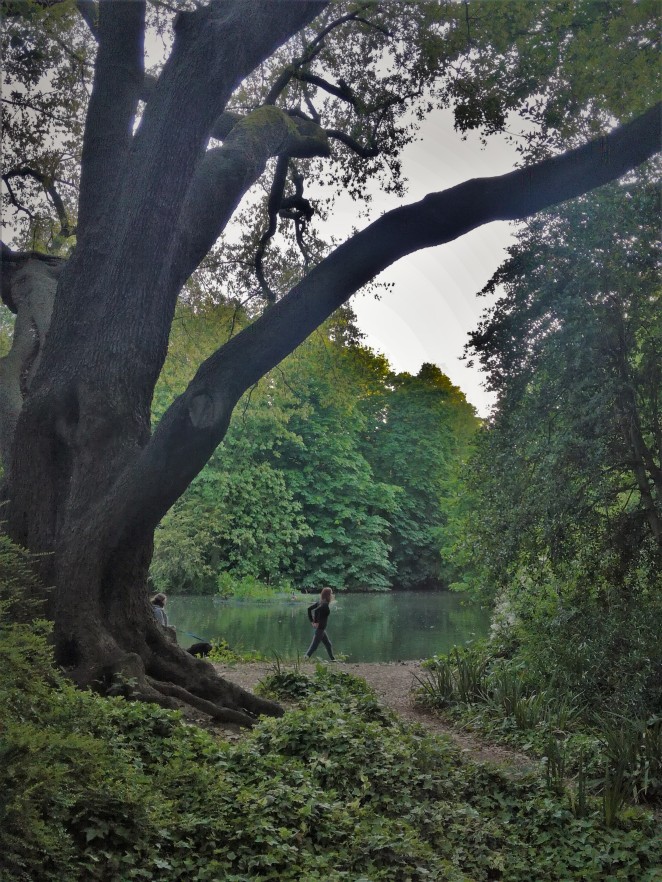 This year this pen laid her eggs quite openly, and close to the path. An old lady waylaid anyone taking a look and entrapped them in convo. She was worried the foxes might nab the eggs, but as someone always says when you see a swan, they can break your leg. Pub Quiz fact, they, along with the Great Bustard, are the heaviest flying birds known to man.

Once home, it’s back to domesticity. I’ve noticed a thing, a health thing. My legs get tired and achey every morning. Also after every meal it’s straight to snooze time, the gradual dying of the fight. Just so cannot be arsed. A says it’s sugar sensitivity, J that it’s lying down too much. Everything I eat is packaged and carby and salty, I am apparently in need of salad forever. Life over.

Literally cannot list more than 5 veg that I will actually, actively like. Onions, potatoes, rocket. Er think that’s it. Is garlic a veg?

If it is some kind of congealing of blood, the fatigue makes me lie down more, and get cosy with a screen. Life becomes reaching distance. Not so much a vicious circle but a snug, blanketed one.

The hair’s grown out. Like it with a hat and the blonde poking out.