Last night was the swansong for pubs, bars, clubs, theatres, gyms, and leisure/ community centres, not to mention schools. Restaurants are allowed to operate only with takeaways. Going out for a final pizza (Francomanco’s) we waited patiently for nearly half an hour as the small team stacked up orders, the pizza chef sweating in the empty restaurant -business seemed solid. In a few restaurants singular couples sat, candles burning.

The streets were almost crowded, people still commuting to work with every bus stop packed as per norm, but also a deal of footfall towards the boozers, each one full. A lone man ran a treadmill from a window in the highrise gym above, spreading the last of his copious body fluids before hibernation. It was almost a snapshot of London at its norm, nowhere near as crowded but a semblance of old -a few hundred people populated the streets around the station, people with toddlers, family groups, commuters, shoppers and pals in arms.

The supermarket trawl was its usual self-defeating offering of stuff no one else wanted to buy, but you got one or two of anyway, just in case. Some cigarillo-like wafers from Poland (cheap looking but amazing, creme filled), a big bar of Turkish Delight (how does that company even function, everyone hates it yet is ubiquitous in every shop -evidence of one laureate winning marketing team) and some butter, very much needed. No crispbread, pickled goods, Vitamin D or paracetamol, or anything carby, tinny or cleany, which was the original intent. Vitamin Dee is the new big thing, the It girl that not only gives you that 5 minutes of sunshine required every day for a good mood (in UK level climes, 5 minutes of sunshine equates to an hour naked in an X-shape in the middle of the road, well until mid-April), but is also purported to reduce respiratory infection by up to 70%. It is of course now mythical, on par with Bigfoot sightings and right now, God. I was reminded of the timeless words of George Bush Jnr, to a painfully smiling Hispanic family: “I know how hard it is for you to put food on your kids.”

At one point, trying to wrangle my camera from a ridiculously over-engineered bag, I picked out the black-wrapped butter and put it to my face. A snapshot of society indeed. 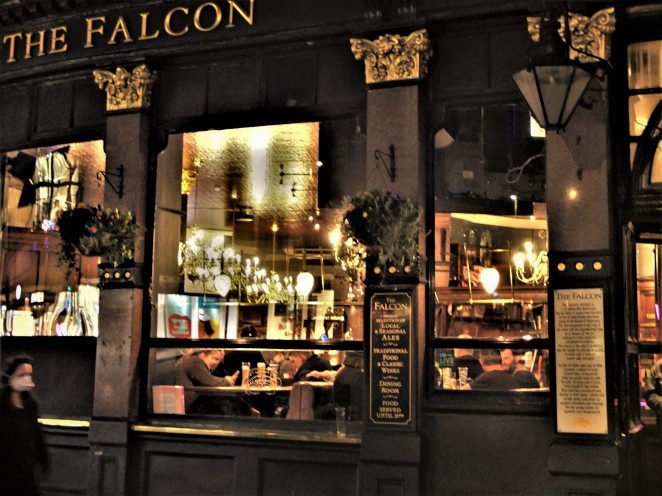 The new estimates for the government’s current approach of gradual infection is 250,000 dead – lower than the 800,000 if the viral spread is left unchecked but also significantly higher than the 20,000 figure if quarantine is instated. One hospital in London – Harrow, is already breaking capacity with its ICU’s and wards overrun. Everywhere on the fora, people are intoning: It Is Coming. Yet life looks as if getting back to normal for a few, or at least a last Churchillian gasp and bevy down the boozer, typical. It appears a few days of self-imposed lockdown is undoable for many Londoners. Even when the tube looks like this (photo courtesy of J, one of the last workers in the city today):

A is off for a bike ride today, in Battersea Park, a semblance of normality and his need to get in exercise otherwise his mind will go barmy. I’ve asked him not to talk to strangers, and not to hug them. Yesterday he put the pizzas in the oven to warm them gently, complete with boxes. A few minutes later smoke was billowing out of the unit, and a thankfully non-existent fire alarm was screaming in my head. Pizzas were saved, while I held every nerve not to castigate in a big shouty display as the lesson appeared well learned. The whole flat still reeks of smoke and is freezing from the windows being wedged open (barely a few inches thanks to 60s modernism coupled with noughties Health & Safety); I lied to our flatmate J that there must have been olive oil on the cover that got ignited when it rested on a still-hot stove, easily done. As opposed to putting yards of paper into an oven. Alanis could easily have penned out a belter about us dying in a fire after surviving a pandemic, back when it was ironic, rather than a viable option.

It does not bode well.

The world of the internet is still well and truly alive, and feeding, with finger-pointing, political competition, sabre-rattling and divisiveness making up almost every comment. There is far less of the sharing of helpful information for all, the comfort, sympathy and jokes we kinda need right now -less of the support networking overall. As a great woman once said, Life is like a fucking giant sinking disaster, you’ve just got to enjoy the view while rowing.

But I do get it, there is quite a history of cataclysm bringing out the best and worst in people. I had a horrible dream, one of many recently where I was willing to do anything to protect my loved ones, including repeatedly punching some woman in the eye. With a chair leg. However if that were to transpire, I wouldn’t boast to all and sundry about it, rather quietly stuff the crawl space.

I do think if ever historians of the future look back on these archived comments -a rash throughout these past few decades ever since we each got an online podium and our entitled 15 years of fame -they’ll come to the conclusion we are a pretty nasty bunch. Judgmental, prejudiced, openly, knee-jerkingly racist, homophobic, fat-shaming, sexist, misogynistic, politicised, partisan and divisive. Just look at the Youtube comments from a few years back, before they got all un-toxic and started getting people to register their identities, or at least some form of societal appearance. Actually, Youtube in the noughties would be a great example of the winning human spirit, unsheathed from the shackles of social respectability and free to call Adele fat for page after page, regardless of her performance.

Japanese culture likes to distinguish between these ‘truths’, the honne ‘true sound’ of your inner, privated thoughts and the tatamae of what you present to the public. This applies to most places round the world, though the Japanese system goes one step further in debate class, whereby both teams, after their polarising exercise, actually find correlations between arguments and round on a respectable midpoint. Thus, instilling a unity of honne and tatamae – the great nexus of Buddhist and Ayurvedic teachings, whereby what you think, say and do are in line with each other, giving inner peace, and much more doable in Japan – cultural stalwart of politesse, yet honesty alongside. This is somewhat lacking in the rest of the world, as exposed on the Internet, where any respectability is much more of a mask. Don’t get me wrong the Japanese still snigger at videos of fat people falling over and will bitch about Sandra The Bitch In HR buying Rich Tea when it was her round. So not so kawaii as they make out (cuteness being a rebellion against sararimen conformity). 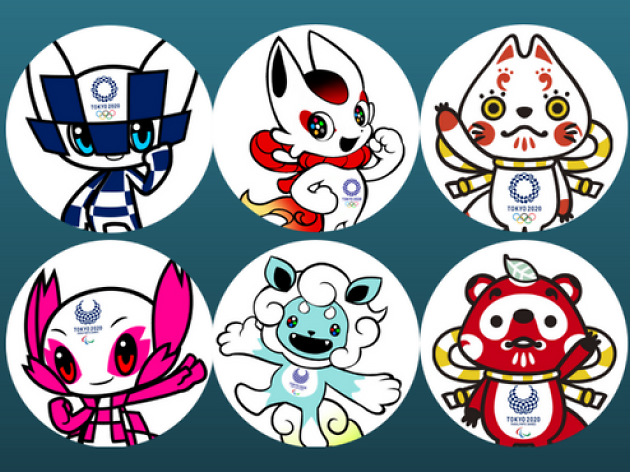 But they are perhaps less likely to spit from the balcony or get all warm and cuddly at the idea of foreigners dying -because if they do, they’ll politely mention they do and be gracefully accommodating if you disagree, as opposed to manning the barricades in Les Miz or shooting people from clocktowers until we all concur. It also helps that in Japan the kids don’t get any tests until the age of 9, because they spend the first few years largely learning how to live, rather than the usual mix of subjects interspersed with three daily lessons on where they stand in playground hierarchy.

It remains to be seen how they bow out of hosting the Olympics this year. In South Korea they set up signs and even protests forbidding Chinese, China is in turn playing the blame game, and in the US they’re already talking about recompense, and even war, rather than focusing on the job at hand.

I won’t even start on the utter lack of empathy, and often overt schadenfreude we have for Iranians at the mo’, now dying in their thousands under our sanctions, for a regime we put into place, back when we overthrew their democratic, secular government and reinstated their dictatory Shah (who in turn would be overthrown for a refreshing round of Wahabbism), in order to grab the oil in ’53. But then that would be gauche, me talking pollyticks after railing about getting all politicised at this no-dinner party of ours. I really have to look into it, it is perhaps a condition I suffer, a bit like Tourettes. Bring up say, popcorn flavours in conversation and I’ll then want to point out the mismanaged holes in globalised food production or the American health system, and why war is a bad thing. 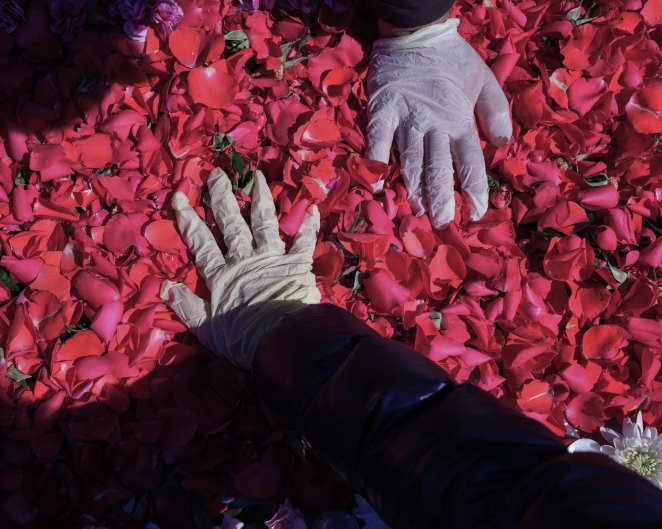 We appear to be grappling on two fronts, as a collectivised audience to the WTF situation operating across the world right now, and getting deluged under. It helps if we organise our crazy fucking grab the cat fears:

I honestly think we should divide those further into What Matters (most or what matters today), and What Can Be Shelved/ Ditched. Basically an exercise in downsizing on all fronts -imho I’d jettison almost the entirety of Front Number One.

Come on kids, we have enough on our tiny, cracked Ikea plates. Cain’t we all, y’know, just geddalawnng? 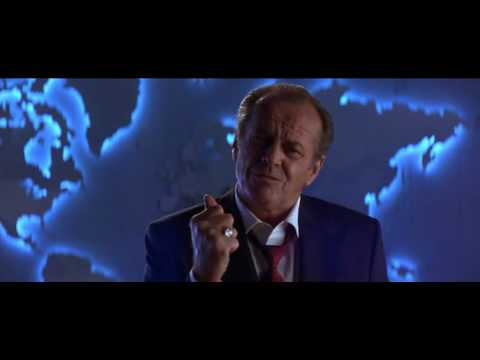