Following the death of George Floyd protests in Minneapolis last night have gotten increasingly destructive. A block of housing under construction has burned down along with an apartment building, several garages and stores in the part of town near the 3rd Precinct police station, where the police officers involved in his death were based.

The turn of the crowd appears to have started with the looting of an AutoZone store, as protesters urge the man to stop.

Online people identified the man as possibly Jacob Pederson of the St. Paul PD, including a screenshot of his alleged ex-girlfriend claiming she also recognises the gloves and mask as hers. 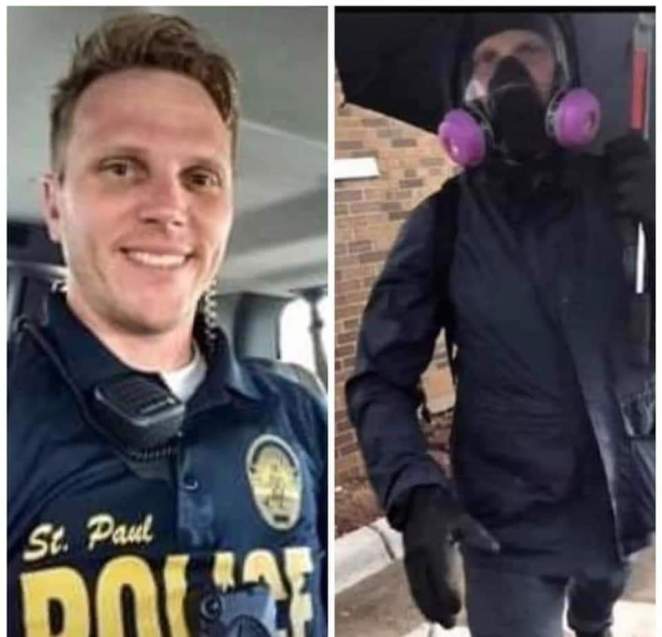 All this still needs to be verified rather than just speculation and politicking, but one imagines the looting and fires would have started at some stage. The fact the protests have spread to well beyond Minneapolis, to 20 other cities is a sign. Watch the vid of George Floyd’s last moments and you can see why.

It is not just another injustice, just another cop killing of an unarmed Black man, but one where you see it happening in real time and -in a world gone mad -a crowd pleading for it to stop, to no avail. The fact a cold-blooded killing can occur in broad daylight with full back up of the law says there’s something very wrong with this world.

I must admit, as cities burn a part rages with the violence: that society needs to change. That the difference in the arrest of say, Dylann Roof, armed after the massacre of 9 Black churchgoers, and the arrest of an unarmed, already handcuffed Black man suspected of having just given in a fake $20 bill is a difference that willfully kills. A statistic we will no longer tolerate, where being Black means you’re 3x more likely to be killed after the police show up. That the use of tear gas and foam bullets early in the peaceful demonstration, as opposed to the hundreds of heavily armed far righters allowed to storm State Capitol buildings last month, speaks volumes.

In a show of how impossibly cack-handed a single organisation can be, the Minneapolis police arrested a Black CNN reporter, Omar Jimenez, on an empty street unaware the cameras were still rolling and being beamed live into the newsroom. They handcuffed him and led him away, with no charge given even after he asked for one. A fellow crew on the same street were also approached (the reporter was White), but not arrested and told they could stay. The MPD later apologised, and said they were investigating.

The city of Minneapolis, long the belle of liveability and progression for the US, will forever be tainted.

Another scandal briefly kicked off at home, with uproar over the replacement of presenter Emily Maitliss for her emotive coverage of the Dominic Cummings scandal. The BBC apologised for her lack of impartiality in her opening words (including the line “a deep national disquiet”), and the subsequent pressing of interviewees.

Twitter was strangely alive with reprimands against her rather than support, and her leftist agenda (she was actually a former writer for the central right Spectator). Numerous accusations then flew that many of these were bots, as was seen days earlier when Cummings’ story broke, with hundreds of copy-pasted messages of support for him identified. Also many reminded that the infamously feared and pushy presenter before -Jeremy Paxman -had been allowed year in year out to be so direct, and even celebrated for it -the difference being that when a woman doesn’t hold the punches it results in furore. A BBC insider followed up to say the Beebs response had been “weak and embarrassing” for caving into the government.

Within the day Maitliss had been reinstated, claiming she had asked for a night off, and her last-minute replacement, Katie Razzall, stating she would never have agreed to cover if it had been anything other. 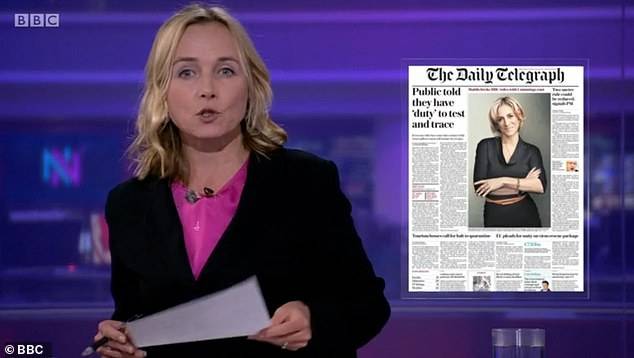 In a third scandal Trump has been at it again, starting a fight with Twitter that he is so obnoxiously reliant on to spread his word. To date, The Great Orange Dolphin has publicly declared over 18,000 outright lies and misleading information while campaigning for or in office, thanks to the Washington Post counter which must be going metronomically these days. His claim over the voting by post changes being rolled out, that “There is NO WAY (ZERO!) that Mail-In Ballots will be anything less than substantially fraudulent” was slapped with a warning label of ‘unsubstantiated’, the first for him, despite the fact he would long have been banned had he been anyone other than POTUS.

Trump subsequently went on a hissy fit. He threatened to “strongly regulate” or even “close down” social media platforms, tweeted to his 80 million followers that Republicans felt the platforms “totally silence conservatives” and that he would not allow this to happen, also claiming Twitter was “completely stifling free speech”. By evening he said that Twitter “has now shown everything we have been saying about them… is correct” and vowed “big action to follow”. People immediately pointed out he was stifling free speech in the name of free speech, and/or claiming free speech to stifle it. What would have been hilarious is if Twitter had subsequently slapped fact-check warnings on those statements, but hey, we can but dream.

Today has been in short, a confusion for many, many editors as to what on earth to put on the headlines. CNN has chosen to continue with the ongoing repression of Hong Kong, (which is a bigger story than appears -as if all the protests of the past few years have culminated in Beijing’s most direct attack at its democracy). However it has dropped the killing of George Floyd to the very last story listed on its front page (and within hours has disappeared it altogether), while all other US news networks and papers have it as their main headline, from Fox News to MSNBC. The BBC have steadfastly buried the Emily Maitliss scandal alongside, in the same bottom-right position, while it trends as the main story online and in rival news.

It is a bonanza for journalism right now.