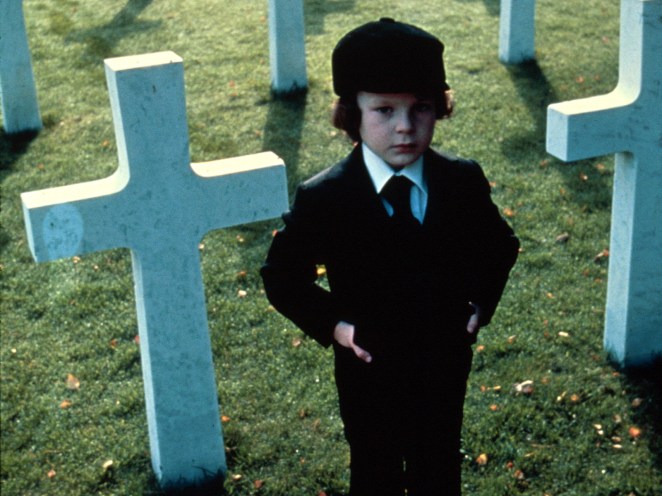 1. Liable to be from divorced, stressy parents. Unhappy.

2. Fiercely intelligent. Love to read specialist adult books, do anything school related independently, and pepper  conversations with adult concepts and social commentary. Tech wizards, bordering on nerdy that can parent their parents. Occasional penchant for making their own breakfast and overall an outstanding example of the American school system/ internet generation though somewhat lacking in emotional life skills.

Like that semi-autistic kid at school you secretly ached to kick.

4. Being taught baseball by their father. They suck at it. Increasingly play soccer at school.

5. When stressed they tell they’re long suffering, divorced parent that they hate them. Then slam the door. But they don’t really mean it. They lie in bed a long time.

7. Liable to be kidnapped. Cry a lot. Love and hate their mothers. Investigative of eerie sounds.

8. Older kids eye-rollingly hate their little siblings, and often have to parent them in certain forced situations, like breakfast or the school run. Older kids are rebels, younger ones are nerds.

1. Will attack public transport, preferably train carriages or streetcars. Despite wrecking the vehicles, smashing glass and crushing metal, everyone inside will miraculously survive. The vehicle ends the ordeal the right way up again.

2. Will head ‘to the Eastern seaboard’ and attack only crowded city centres at rush hour – notably, exclusively, New York.

3. Aliens only ever seem to converge on Earth for our resources, despite there being a billion billion other planetary and solar resources out there.

(Truth is they’re here for the one thing Earth has that a very rare few other places have – biodiversity. And to protect this rare natural resource from its doom-makers. You heard it here first).

3. When catching up, they only approach slowly, sinisterly after their prey. When finally cornering the quarry, they will circle, drool and drag out the situation while the victim ekes out a sudden escape route, weapon or rescuer.

4. Multiple heat seeking weapons that take down concrete and create craters 100 feet across are easily dodged, badly targeted or result in firecracker bangs that inflict minimal damage on organic flesh. Armour piercing volleys of bullets are ephemeral nuisances at the worst.

5. Buildings can be easily climbed with no fear of a single layer wall, roof or floor giving way or engineering an entire catastrophic collapse.

6. In a constant state of mid-growl/ roar. Never anything else on the visage. If human you cannot do this (I mean who outside the Presidential race does that??), so a deadpan covering of the face will be needed, preferably an impossibly inky and hard to shake shadow that manifests itself over your head in any given situation, angle or hour of the day. Or twisted, child-like mask, always handy.

5. All human monsters tell all before a kill.