I am valiantly trying to stay awake. For the past week I’ve been sleeping only in fits for about 5hrs, then 4 and now 2. With sleep patterns disrupted it usally ends in a lumping migraine, which at about 3am I take painkillers for, loaded with caffeine. There is an obvious self-defeating cycle here.

So what to keep me up?

Wrote some more of The Book, sent off an extract to some agent, realising only after some tense mistakes and typos AAARGH. Typical, nothing’s ever really final.

Doing the rounds on the usual news fora helps. Some understated reportage on what is actually a milestone -the formation of the world’s largest free trade zone and economic block -RCEP (the snazzily dubbed Regional Comprehensive Economic Partnership), which takes in China, Japan, S Korea, ASEAN, Australia and NZ, or 30% of world population and GDP. Riveting news I know. India walked out in November over pesky border skirmishes, but is currently an ‘observer’ member, pissed at the party and refusing the canapés, for the time being.

All in all it may well lift the world out of the current recessional doldrums, and the rather bad case of sniffles stalking the land. They all did a really big Zoom sesh in their bedrooms, with blue curtains yesterday, marking a fat line drawn under a period of economic uncertainty that’s played out behind our screens the past few years, and behind the pandemic. The global elite I mean, we are all set to get richer, and probably more exploitative too. 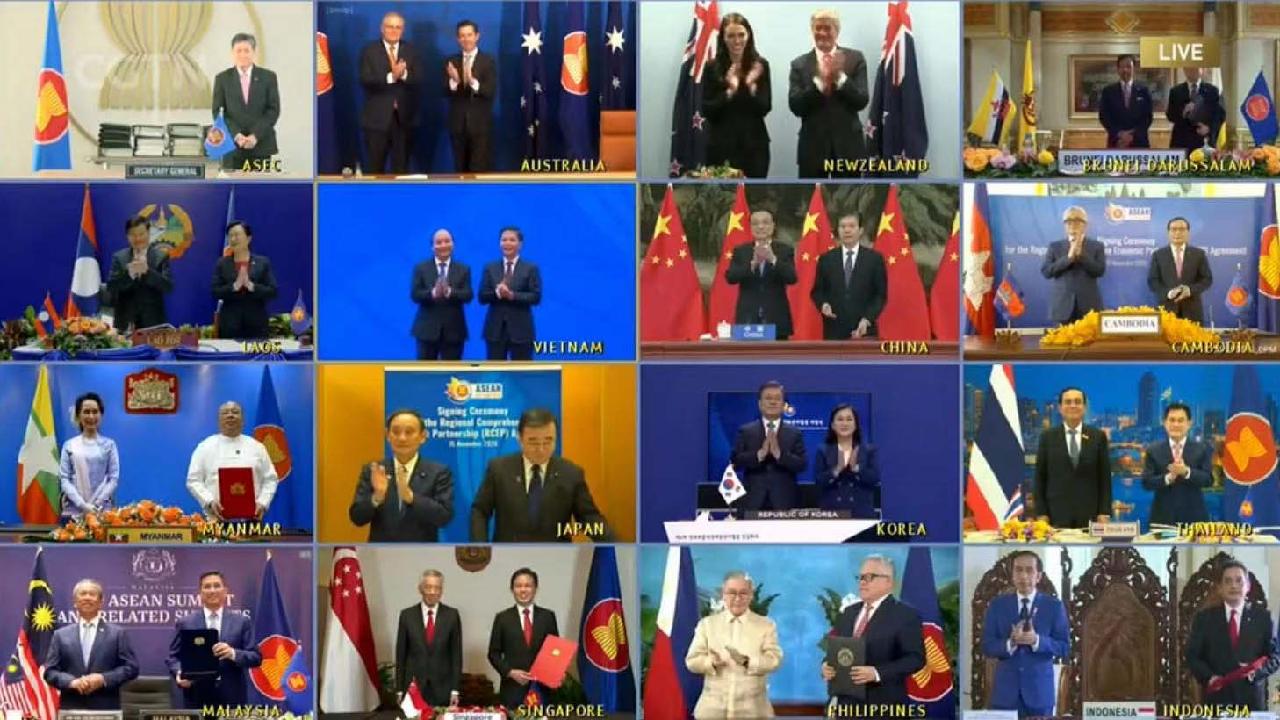 This is due to the contrast with the TPP (Trans Pacific Partnership) that the Obama administration originally set up to pivot trade around the Pacific and away from China -straight into the US -but that Trump canceled in his first week to ‘protect American jobs’. It resoundingly appears he missed the memo that global trade isn’t a zero sum game. Missing quite the trick too in signing it to the economic dustbin without getting any major concessions from China to do so – a schoolkid or a dolphin could have foreseen that as a mistake. Well that must’ve been quite the knees-up in Beijing, after years of dread, global repositioning and sweaty nightmares clutching a teddy bear. 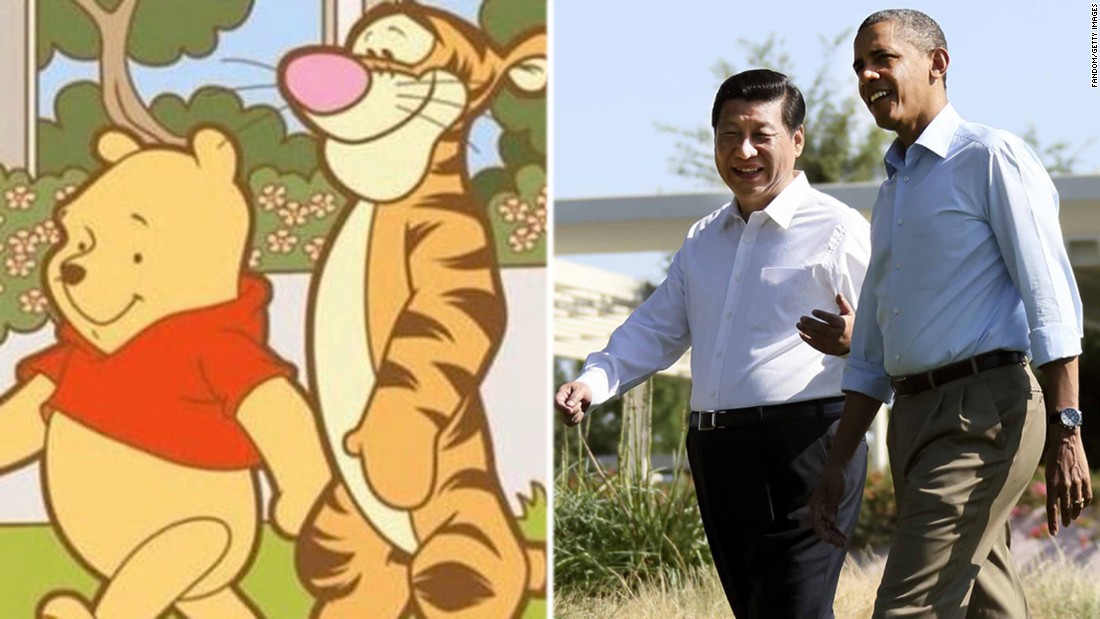 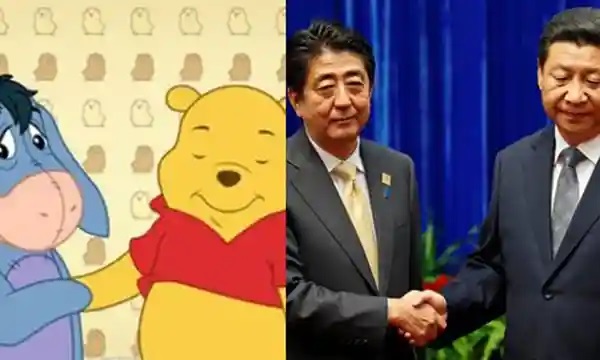 Trump’s supporters declare he has an IQ of 145, a scientific gauging based on er, their online votes, albeit anyone who’s ever known him spurts out their drink and laughs for a good 5 minutes, occasionally howling and slapping a thigh. Before buying everyone a round of bleach.

Stable genius my arse. I give you, folks, the Leader of the Free World:

His whole trade war’s also been an utter failure, with the trade deficit higher than it’s ever been in history, and the extra costs and tariffs stumped by the US corporations. This is why China so wants the reign of Trump to continue despite the battling and immediate threats -as he’s utterly undermined in so short a span so much US influence that took decades to build -the UN, NATO, NAFTA, NTP, WTO, WHO, WHAT, WHERE, the Paris Accord, plus trade wars with besties Canada, Mexico and EU. Perhaps also why they’ve put off congratulating Biden and sending chocolates until yesterday, when it got too painfully awkward.

And the orange buffoon proves quite easy to outplay as he doesn’t see long term, then miscalibrates his own competence or performance (textbook Dunning-Kruger effect). Even North Korea easily sidesteps him with a few phonecalls about basketball. -He cripplingly panders to his own self aggrandisement and public perception, then replaces team experts every few months with sycophants and extremists, who have increasingly less of a clue and were never trained.

It’s quite the damning indictment of one’s ineptitude when your sworn enemy wants to keep you at the helm. 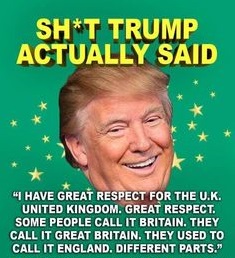 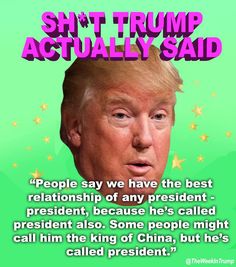 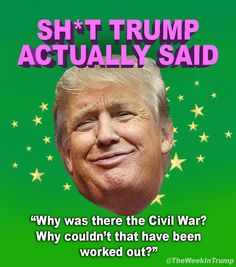 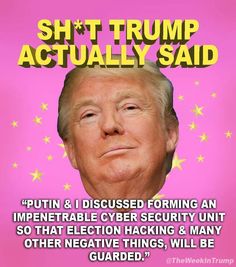 The unsaid thing is the Great Decoupling is a loss for America too. Even with China becoming no 1 (a scenario worse than death it seems in the ‘Murican mindset) it would have been a win-win still for the US. 1.4 billion more consumers to sell to more than doubles the entire Western or OECD market. Talk about cutting off your nose to spite the face. From Coke to Disney to tourism to coffee to cars to planes to wine to clothing to perfume to music to pizza to pills, American brands were deemed an automatic stamp of quality regardless of it (USA translates as Mei Guo in Mandarin, meaning ‘Beautiful Country’).

The fall from grace in the eyes of the Chinese consumer, that Apple or Walmart or Hollywood have recently seen, and who once dominated the market no matter what, has been a notable casualty. In short, the US that so excels at soft power will no longer be able to wield it. And the whole point that China was persuaded into the global economic system in the first place (Nixon, Carter and Europe instigating the detente and investing billions in Deng’s economic liberalisations) was they foresaw the huge potential of the world’s largest population one day buying their products, even from the ’70s.

It just seems to some they’d rather be far less rich than not be no 1, at all costs. And in the long run it will still benefit China, now becoming more self sufficient, ratcheting up its R&D and trade links to do so, making friends with its enemies and pivoting to its own vast domestic market to power it. -Whereby the scales have fallen from their consumers eyes that now realise that US products no longer have the cachet or quality, and instead fund their own even more. Overall making sure it can weather a global system without the US, rather than being intrinsically bilateral, and mutually influenced.

The same thing that happened to the ecosystem of the Chinese internet, social media and AI companies when the Great Firewall went up (a flowering of creativity, R&D and market share without the multinational domination), will be played out on every sector. It’s telling that the date they predicted China to overtake has in the past few years gone from 2040 to 2032 now to 2030 and getting earlier each time. By PPP (when currency fluctuations are taken into account) China already overtook in 2014 and is a quarter larger as the world’s biggest economy.

So now China wants to decouple. Biden and Xi have no choice but to stay the path, as who’s to say, four years down the line another American Hawk comes into power? China’s now in for the long run. Maybe that’s a good thing, or maybe we’ll just become one and the same despite:

The final point to make that all this trade with the US is only worth 2.4% of China’s GDP anyhoo. Don’t get me wrong China will be pissed losing points off its growth, but it’s a misconception to still think the West (particularly the US) is somehow bankrolling the country via cheap factory labour. China is now a majority services economy, its manufacturing is mainly domestic, dominated by hi-tech and robotised, and foreign trade is worth only 17% of GDP. -Of which the Japan-S Korea bloc is traditionally the largest partner, now followed by the EU.

Just don’t mention the war, or the Senkaku islands. Another bunch of oil exploration rights lonely outcrops China is intent on claiming thanks to ancient maps and the fact a Chinese penguin once lived there in 1495, or at least rested its flipper. And don’t, just don’t mention Tibet, Xinjiang, the Spratly’s, Doklam or Taiwan (aka Yiunouhu). Or modern ‘reeducation’ camps.

It appears increasingly state/ civilisation posturing is the order of the day; we are entering another age of empires, and this year marks the start. Where in the future a multipolar world between the US, China, EU, India, the Islamic Union, Africa, the Russosphere, ASEAN and LatAm look increasingly tetchy and islanded in one big dick measuring contest. Though still trading through a globalised economy and a polite smile, like a Ryanair stewardess with dead eyes beseeching you to buy a sandwich. The underhand GOT style politicking will be legion.

Oops, okay bit of a diatribe. I need to stop talking about the glorious fucking motherland. Bradford’s burning down (it’s city centre comprised of a tire factory, an aquatics store, a curry house and a chippy), Cummings has left the building, finally, and BoJo has the lergy again. A new vaccine by Moderna has a 95% success rate (UK’s ordered 5 million), though Trump’s still too busy denying he lost the election to roll out a plan to use it. The US death toll is nearing a quarter of a million, the equivalent to 625 plane crashes this year, with 10 million infected.

Meanwhile there’s also a new war gearing up in Ethiopia, with a breakaway Tigray province -highly worrying in a country of 102 million and several major ethnic groups, united under an ancient empire. The main groups -Tigrayans, Amhara and Oromo are now jostling in increasing restlessness, with several Ethiopian airports bombed by separatists and government forces alike, and massacres reported in Tigray itself.

PM Abay Ahmed won the Nobel Peace Prize last year for making lasting peace with Eritrea, another former breakaway. Now he’s bombing the Tigrayan capital, Mekelle. Hundreds have already died in the conflict and 25,000 refugees have crossed into Sudan, with thousands more to follow. Eritrea is also sending troops to help Ethiopia, and the conflict is in danger of spilling over and destabilising the entire Horn of Africa region: Sudan, South Sudan, Somalia (each already in their own civil wars), and Djibouti, possibly even Kenya.

Ethiopia, an ancient kingdom (and empire in its own right) is Africa’s second most populous nation after Nigeria, and was until recently an economic success story, the capital Addis Abeba chosen as home to the Africa Forum, or the UN of the continent if you like. It was due to hold the Africa summit this year, for its stability, newfound peaceability and rocketing growth. How quickly that facade has fallen.

It is the last thing the world needs right now. 2020, what a year. It is as if everything is culminating, we’ve had one ginormous shitshow, we might as well set off a few pipebombs and pipelines since the fire’s burning. The geopolitical sabre rattling is growing deafening, and defining, perhaps given credence by the stress on our economies, resources and plain competition.

Oh and dominating the tabloids right now? Clinton Cards, currently shuttered up by lockdown, is complaining that supermarkets like Asda are still allowed to sell greeting cards.

Cmawn fuckers, cain’t we just all geddalong? We kinda need a big fuck off Kum By Yah session, perhaps an Olympics where everyone gets a medal, painfully overdue and canceled for another year. Maybe this is just what happens when we don’t get all rosy and nationalistic together every four years, uniting against a common foe -we just take chunks out of each other instead.

Right now, for me, I’m here to keep the eyes open.

This below, on a slightly jarring note, has been a very welcome respite. You know, if you want a break from disaster. It embodies a lot of the year so far, and what we’ve been sleepwalking into for a few years now: