Was trapped watching Sense8 on Netflix by J; the show a product of the Wachowski Sisters, the gothy minds behind The Matrix trilogy. This time round it appears the siblings have been given carte blanche and the equivalent of a bottomless credit card in terms of creative license, that worked so well back in the day, to the tune of $1.6 billion in takings for their franchise. So the premise this time is a bunch of strangers across the globe who are able to telepathically connect -they feel, talk to and see each other in real time -while stalked by a hellbent organisation trying to kill em off.

The Wachowskis are a pretty left wing, inclusive bunch, having themselves transitioned in gender and being staunch advocates of LGBTQIA rights and free lovin’, which inhabits this storyline with gay and transgender characters throughout. They also bring together disparate personalities representing multiple forgotten countries outside the North American bubble -Kenya, India, South Korea, Iceland, Germany, Mexico. Well so far, so diverse.

However, look closer and it starts to jar, notably the storylines. The Indian woman is of course caught in an arranged marriage, and battling local corruption, with a sideline in her family curry restaurant. The Kenyan man lives in a vast slum of local corruption, gang crime and HIV infection -killers at every corner. The South Korean woman is a martial arts master with a Masters in Economics, sacrificing all for family honour (wrongly imprisoned, battling -you guessed it -local corruption, plus honour-bound chauvinism and sociopathic parenting). The Mexican guy a telenovella star, is in the closet battling machismo stereotype, the church, wifebeating, blackmail and the vapidness of fame. 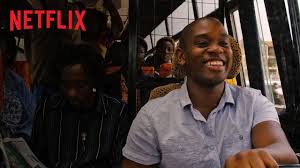 It can be tough sell for those non-White or non-Western, try as you might. At first I made myself believe this was a wonderful cherry-picking take on every major social problem in each territory; that the Wachowski’s had done their research and were consciously raising awareness. But by the second episode it was pretty obvious they’d done quick Google searches or just put down a veneer of what’d rubbed off some passing media trope or their own race-based / cultural assumptions. To make it more obvious if a Black American character was up for the stand, and his raison d’etre was ghetto gangs, police brutality, drugs and trying to win back his disowned son, while aiming to be the new rap/ hoop star of the ages, it’d be cringe level 10, especially coming from the usual rich, White penmanship.

In contrast the White characters are multi-layered, do not perform to stereotype, and do not have long, lingering sidelines in their tale to prove they’re more than just a number. Laugh for hours as you discover the Korean woman likes beans on toast, or the Kenyan guy drives a homemade bus in ode of Jean-Claude Van Damme! By comparison the Icelandic woman is a DJ and living in London (not a Viking helmet or geyser in sight), the German guy’s a safecracker for organised crime (not what you’d equate with Germania), while the Americans are safely disparate as bloggers and policemen and hackers and ecologists. The script is derisory to say the least, although the valiant acting helps to blunt the edges, despite dooming their careers. The long, lingering shots of nookie at every turn is another seller, albeit it becomes quite an obsession. At several points throughout any given episode the characters will down tools (maybe take up new ones) to have a transcontinental fumble, often swapping bedpartners or becoming embroiled in one big orgiastic flexihump, that makes one wonder if it’s just wish fulfilment on the directors’ behalf (remember the weird, fluid-spraying rave in Matrix?). I see these characters -at every opportunity away from the henchmen -prowling the alleys, peeking through windows, looking for jizz.

One character, the fellow actress/beard/fag hag/PR/PA/agent/secretary/housemaid/manager/fan vetter/letter opener/rooftiler of the Mexican couple is so laughably, vicariously infatuated with her housemates, and devoid of any life of her own she openly friggs herself off from the corner of the bed as they get manmansex-time. This seems to mirror the veritable well of navel gazing stupor the Wachowskis may be immersed in, in how blinkered they are to anyone’s experience other than their own. When Nomi (Know Me) makes the Maid of Honour speech at her sisters already compromised wedding, she hijacks the entire loveletter to make a diatribe on her transrights. One feels like yelling at her, Nomi it’s not all about you, all of the time.

But then again, am I not wallowing in the selfsame mire? Were I long-suffering of trans abuse would this not be a revelation of a series, and a breath of fresh air for an ignorant world? While overlooking the corny national stereotypes, suddenly unimportant or forgivable. Would I be publicly standing up and voicing this diatribe to override their struggle?

ANYHOO, enough bitching. The world is stupid and so am I. Back to life.

Went out for a breath of fresh air and a touch back to reality, the real version not the utterly, ludicrously fantastical. Life sometimes is too much lived vicariously or not at all, even if it is to brandish fists at the skies.

The sun was high today, the weather cool and the fields a riot of wildflowers, even for urban, unkempt commons. And leaving it all behind.

To end the day: 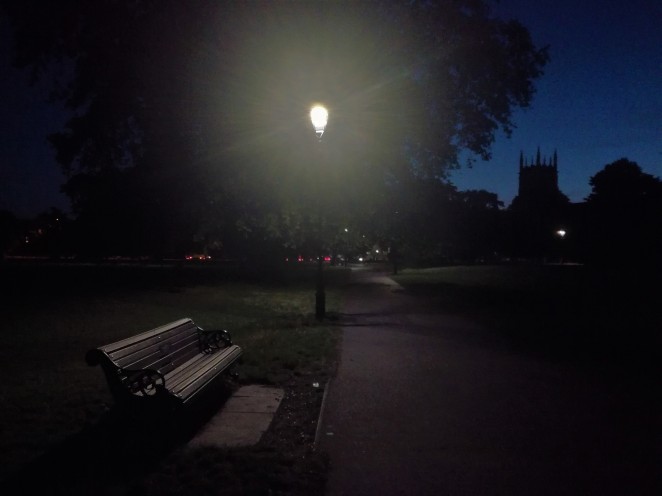